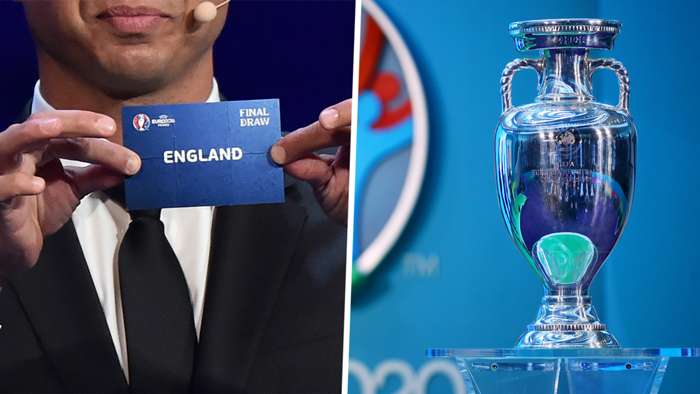 International football in Europe has been complicated somewhat by the inception of the Nations League, but the top prize in the continent remains the European Championship.

The qualification stage is nearly complete andthe finals draw has taken place,but the future of the tournament was cast in doubt thanks to the outbreak of the coronavirus Covid-19 pandemic.

Nevertheless, it is hoped that it will go ahead with some alterations and Goal brings you everything you need to know.

Euro 2020will feature 24 teams- 20 from automatic qualification and the remaining four decided through the play-off phase in November 2020.

The format for the final tournament will be the same asEuro 2016, making forsix groups comprised of four teams.

The winner and runner-up in each group, along with the four best third-placed sides, will progress to the round of 16.

Host nation Italy will kick off the tournamentagainst Turkey at the Stadio Olimpico in Rome.

Sixteen teamscompete in the play-off section of Euro 2020qualifying. They are divided into four groups, with one team from each section advancing to the tournament.

Iceland defeated Romania in semi-final one of Path A, whileHungary beat Bulgariain the other semi-final.

Hungary will have home advantage in the final.

Semi-final one sawNorthern Ireland beat Bosnia & Herzegovina, whileSlovakia defeated the Republic of Ireland in the other semi-final.

Northern Ireland will be the hosts for the final.

Scotland overcameIsrael on penalties in one of the semi-finals, whileSerbia beat Norway in extra time in the other.

The winner of Norway vs Serbia will be at home for the final.

Georgia narrowly defeated Belarus, while North Macedonia saw off the challenge of Kosovo in the other semi-final in path D.

The final will be hosted byGeorgia.

The 16th edition of the European Championship will provisionally kick off on June 11, 2021and it will conclude on July 11, 2021.

It will be held across 12 different cities in Europe, with UEFA celebrating the 60th birthday of the first European Championship (then called the European Nations Cup), which was held in France in 1960.

The final and semi-finals will be contested in London at Wembley Stadium.