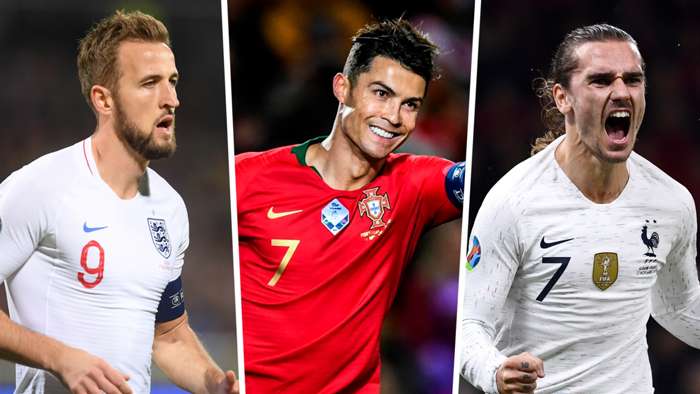 Football fans now know all 24 nations who will compete at the European Championships in 2021 following the conclusion of the play-offs, joining the selection of teams already drawn in groups.

Both club and international football has now returned, albeit without fans in most places, with that resumption seeing the full draw for Euro 2020 decided.

Goal takes a look at every country that has qualified for Euro 2020...

Group Aconsists of Turkey , Italy, Wales and Switzerland with their games set to be played in Rome and Baku.

Italy were the highest seed drawn into the group, while Wales are the lowest after they qualified directly forthe tournament by a single point.

Switzerland and Italy both topped their qualifying groups with Turkey finishing second in a competitive group behind France.

Group B will see Belgium, Denmark, Finland and Russia all face off in games to played across Copenhagen and Saint Petersburg.

Belgium and Russia were both part of the same qualifying group with Roberto Martinez's side winning all 10 of their games to book their spot in emphatic fashion.

Denmark and Finland both finished second in their respective groups with the latter doing well to pip Greeceto automatic qualification.

Group Cconsists of Austria, Netherlands, North Macedonia and Ukraine with matches to be staged in Amsterdam and Bucharest.

Ukraine surprisingly finished top of their qualifying group at the expensive of Portugal, while Netherlands and Austria had to settle for second in their respective sections.

North Macedonia finished third in the same group as Austria but managed to book their spot at Euro 2020 after defeating Kosovo and Georgia in Nations League play-off matches.

Group Dwill see Croatia, Czech Republic, England and Scotland all face off in games set to played in Glasgow and London.

England comfortably finished top of their qualifying group which also contained Czech Republic, who finished second ahead of Kosovo.

Croatiatopped their group, while Scotland'spath to Euro 2020 saw them beat Serbia on penalties in a seesawing play-off - their first major finals since World Cup 1998.

Group Econsists of Poland, Spain, Sweden and Slovakia with matches to be staged in Bilbao and Dublin.

Spain pipped Sweden to first in their qualifying group, while Poland cruised to the top of their section after losing just one of their 10 qualifiers.

It wasn't such smooth sailing for Slovakia, whoonly made it to Euro 2020 after an extra-time victory againstNorthern Ireland in a Nations League play-off.

Group F has been dubbed the 'Group of Death' and for good reason with France, Germany, Portugal and Hungary all set to face off in Budapest and Munich.

France and Germany finished first in their qualifying groups, whilePortugal were forced to settle for second after finishing behind Ukraine.