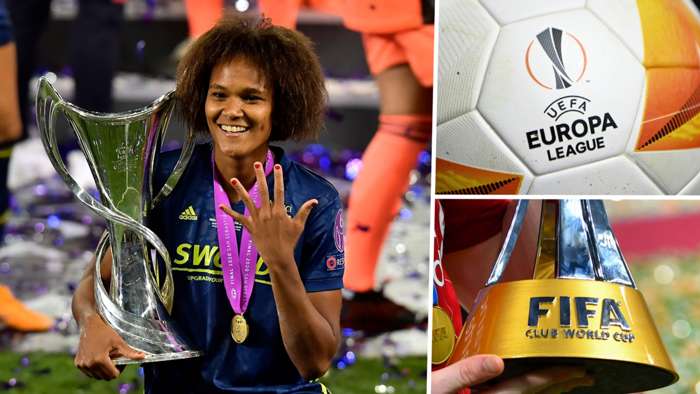 Plans for a second-tier European competition and a women’s FIFA Club World Cup are included in the European Club Association’s (ECA) first-ever strategy for women’s football, which launched on Monday.

The news comes ahead of the UEFA Women’s Champions League adopting a new format for the 2021-22 season, with group stages to come into play for the first time in the competition’s current era.

That reform, plus the inclusion of a centralised commercial model and other changes in the women’s game in Europe, have been influenced by the ECA, which represents over 200 clubs from 50 national assocations across the continent.

Speaking to reporters ahead of the launch of the new strategy, Charlie Marshall, CEO of the ECA, stressed the need to “balance pace with potential” with the regards to a second-tier competition, equivalent to the Europa League.

Many clubs competing in the Champions League still struggle financially and there are questions as to whether the game is ready yet for a competition that would require clubs with potentially smaller budgets to take part.

“Its not to say that the right thing to do is to say the womens game has to entirely sustain itself [and] theres no point developing new competitions until everything is able then to be paid for.

“I think there are opportunities to actually properly invest in developing at more pace than you would be able to if you were just to simply rely on the kind of commercial side.

“Can we find opportunities, sensible opportunities, for investment to be made in the womens game, which will enable it to just develop a little bit ahead of the curve? I think we are now seeing that.”

As for a Club World Cup, Marshall said that is something "FIFA is very, very keen on".

“We do have this responsibility to explore all of the possible opportunities that can help grow the competition landscape, both on a European level with perhaps a second-tier competition in Europe, and then on a much more global scale, with a possible Club World Cup,” Claire Bloomfield, the ECA’s head of women’s football, added.

“Its difficult to determine exactly how quickly that would be in place. There are lots of things to consider, but were very committed to tabling a very detailed proposition.”

The ECA’s ‘Be a Changemaker’ strategy is made up of six strands: ensuring a sustainable future for the game, accelerating professionalism, advancing economic development, developing the competition landscape, facilitating the creation of new women’s clubs and producing research that can be a regular reference point for women’s football.

There is a significant lack of research that is specific to the women’s game, such as for injuries. This strategy will see a new task force introduced in order to tackle that issue head on.

Among its many goals is to secure additional investment for women’s football by establishing financial contributions from the men’s European club competitions and develop the game’s existing European competitions further.