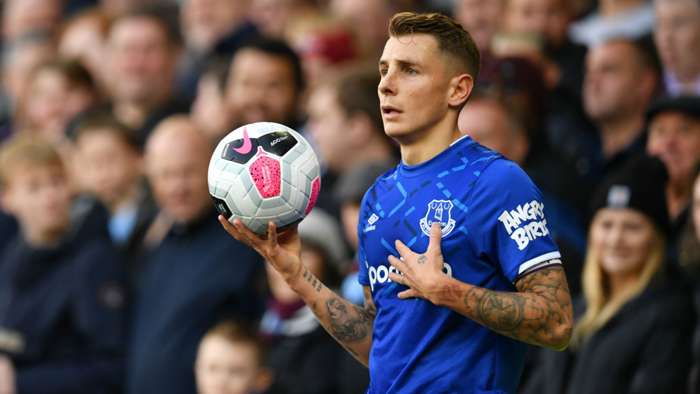 Everton left-back Lucas Digne has said that Carlo Ancelotti’s side are aiming to qualify for Europe at the end of the season after making a “perfect” start.

He has put the recent slips due to selection problems and he is insistent that the start they made to the season was not them overperforming.

“We had a perfect start, and then we hit some bumps on the road, but we will bounce back now,” he told Goal while on international duty. “We have lost some rhythm and momentum, but we were missing players in recent games with injuries and suspensions. We will be back on track soon - for sure.

“To me our good start was not a surprise. We showed our true level. The club did well in the transfer market, so we are a good group of players - and a great manager with amazing experience in top football. It is an exciting time to be in Everton right now. We will get back to our best and will be a strong team this season.”

Indeed, Digne is confident of helping the club back into Europe – and he does not even rule out the Champions League.

“Everton have ambitions to play in the Champions League, and so do I, because I miss it,” the former Barcelona and Paris Saint-Germain star said.

“I was used to playing for clubs who were always in the Champions League. But competition for the four Champions League spots in the Premier League is very hard. However, there is no doubt that we aim for Europe.”

Digne has flourished in the Premier League, where the opportunity to play regular football has been one he has eagerly grasped.

“I have just entered my best age as a football player, being 27, and I believe, that when I look at my performances, this season has started more or less like last season and the season before that,” he said.

“I have been playing at a consistent level for long time. The stats show that. I don’t take as many set pieces, as I have been used to here, but aside from that - well, it’s more or less the same for me. I try to give my best every time.

“I love to give an assist. I am a defender, and defending is number one - but attacking with crossing, passing and shooting is a part of the role as a left-back in the modern game and in Premier League. I am happy, when my cross or my key pass turns into a goal, and I enjoy the good attacking stats.

“But I am also happy for good stats regarding aerials won, clearances etc. I enjoy both the defensive and the attacking part of being a left-back.

“When I chose to leave Barca, it was difficult, because I loved playing in Barca. But I wanted to play every game - and I have done that since I arrived in England.”

One aspect of the game that Digne has missed in recent months is the fans.

“It feels so strange to play a big game in en empty stadium without the supporters, especially in our own stadium,” he said. “Basically everything is different without fans: the whole atmosphere, to feel their dedication, their joy, their passion. We love to share those emotions with them.

“The supporters are the heart and soul of football, and we still play for them, even though they are not there - but we miss them badly.”

Digne is currently on international duty with France and won acclaim for his performance in the 2-0 loss to Finland in midweek, the occasion of his 34th cap. Now he is aiming to play at Euro 2020.

“When I play for France, I always enjoy it immensely because it means a lot to me to represent my country,” he said. “I am proud of every single one of my 34 caps.

“Of course I have the Euros next summer as an ambition, a goal. I work hard every day, I have full focus on every match - and then it is up to the coach.

“I believe that we have a fantastic group of players - and that we could have an amazing Euro. We have such a great potential. With our quality we should always have big ambitions.”