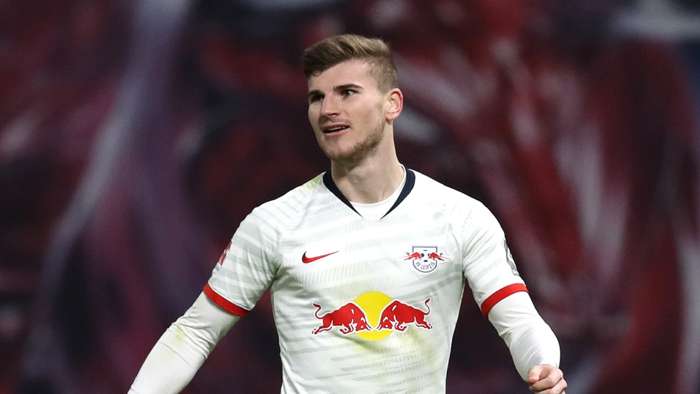 Ilkay Gundogan has admitted to being wary of Chelsea's threat next season, insisting "everyoneat Manchester City knows about Timo Werner" while also describingBlues target Kai Havertz as a better player than Michael Ballack.

The 24-year-old notched 34 goals in 45 appearances to helpJulian Nagelsmann's side finish third in the German top-flight and secure a place in the Champions League quarter-finals.

Chelsea fans will hope that Werner can have a similar impact at Stamford Bridge in 2020-21, as Frank Lampard's side look to close the gap on Liverpool and City at the top of the Premier League.

Gundoganplays alongside the German forward at international level, and he is expecting him to make a big impact in English football.

"Believe me: Everyone at City knows about Timo Werner. Many of my team-mates asked what kind of guy he is. He deserves respect," the City midfielder told SportBild.

Chelsea are also in the market for another Germany star currently on the books at Bayer Leverkusen, with Goal reporting that they have opened talks with the Bundesliga outfit over a potential €76m (£69m/$90m)deal for Havertz.

The City star said of the Leverkusen ace: "In my opinion, Havertz is even better than Ballack in terms of his playing ability. Ballack had a certain level of aggression in his game, and a strong mentality.

"He was a top player of the previous generation -a bastardon the pitch, in a positive sense. Kai isn’t like that."

Gundogan went on to discuss Leroy Sane's recent €49m(£44m/$58m) switch to Bayern Munich, predicting a bright future for his ex-City team-mate at Allianz Arena after admitting that he was aware of his impending departure for some time.

"The day before the move became official he confirmed it to me (that he was leaving). It didn’t shock me as I knew it was coming," the 29-year-old added.