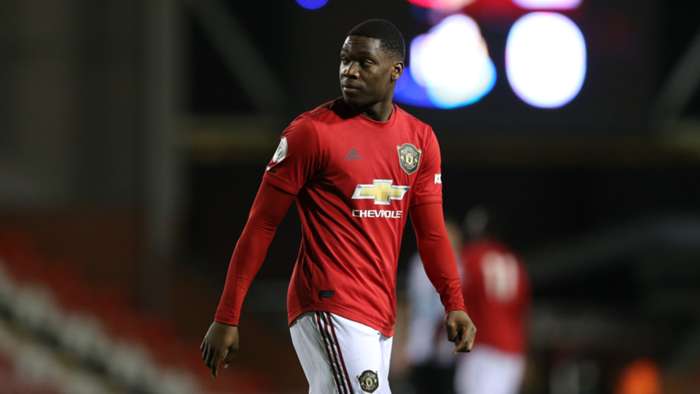 Manchester United teenager Teden Mengi has been praised by his coaches for his effort and application after making his first-team debut.

He was given the last six minutes of the encounter and was on the field when Anthony Martial got the winner to secure a 2-1 win on the night, after United had previously trailed. For those who have worked with him throughout his time at the academy, it is a just reward for the work he has put in.

“Everyone in the club is proud of him as we are with any player who makes his debut,” Neil Wood told The Manchester Evening News. “Teden has been at the club a long time, he has been here since a very young boy and there have been a lot of coaches to have played a part in his journey along the way.

“You have to give Teden massive credit as well. The way he came up to us to train with the U23s this time last year, the season he had, the way he is every day, the way he works.

“He got the chance to go in and train with the first team during the lockdown because of those performances, because of that attitude, because he trains the right way every day. That was the opportunity which he was given.

“I spoke to the first-team staff and he has done really well training with the first-team. So it is great that the manager trusts him to put him in a Europa League game, that is what the manager has been doing this year. If they are good enough and show they can cope up there then he will give them a chance.”

United will seek to take the next step towards Europa League glory on Sunday, when they face Sevilla in the semi-finals at the RheinEnergieStadion in Cologne.