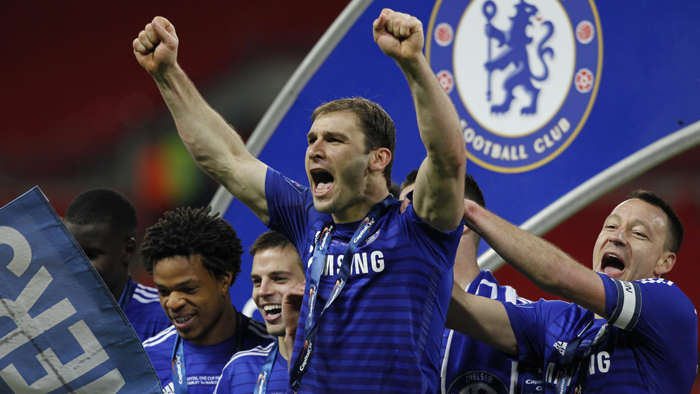 West Brom manager Slaven Bilic has confirmed that the club are on the verge of signing former Chelsea defender Branislav Ivanovic, with the Baggies boss hopeful of getting a deal over the line in “a matter of hours”.

The Serbia international left Stamford Bridge in 2017, swapping west London for Russia where he playedthree seasons with Zenit SaintPetersburg.

Now 36 years of age, Serbia's most capped player of all time is set for a return to the Premier League with Bilic's newly promoted outfit, and the Croatian boss is over the moon to be adding such an experienced player to his ranks.

“It's very close,” Bilic told a press conference on Friday. “Again, he would be a great addition for us, for our team, that is new in the Premier League. He's a fit player, he's done everything – I mean, his career is magnificent and we would be delighted.

“I hope it's going to be done quite soon, like, in a matter of basically hours. That’ll be a great signing for us, not only for his experience but also the quality he will add in the Premier League.

“It’s the quality, of course, that is why we’re signing players - to improve our players, but also the experience, on and off the pitch. So it’s not only him, but him plus the influence he’s going to have, not only on the defenders, but the whole squad.

“That’s why we targeted him as one of our prime targets. Hopefully it will be done today.”

Ivanovic, currently a free agent, will bring with him a wealth of knowledge, having won virtually every club competition possible during a trophy-laden 11 years with Chelsea. He will become West Brom's sixth signing of the transfer window.

Bilic has already added Grady Diangana from West Ham, Matheus Pereira from Sporting, Cedric Kipre from Wigan, David Button from Brightonand Callum Robinson from Sheffield United to his team's ranks as they preparefor life in the English top-flight.