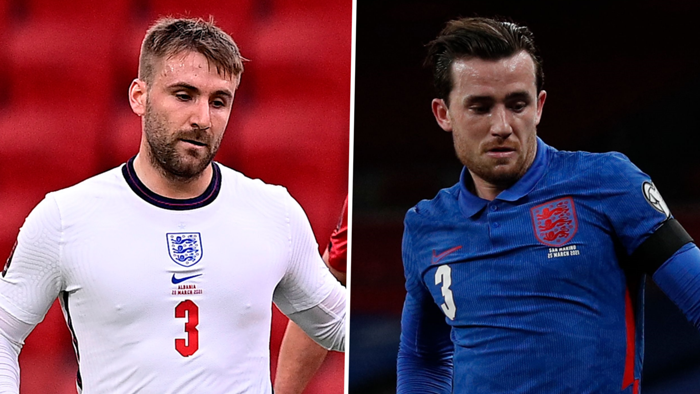 Former England left-back Ashley Cole has picked his favourite for the European Championships between Luke Shaw and Ben Chilwell.

Shaw and Chilwell are both vying for a highly-coveted role in Gareth Southgates squad ahead of this summers tournament, which is due to kick off on June 11.

Southgate opted to start Shaw for the Three Lions second World Cup qualifying fixture against Albania on Sunday, with Cole of the opinion that the Manchester United star will edge out Chilwell if he continues on his current trajectory.

“I think it’s a tight one between Shaw who I think is just pipping it at the minute,” the ex-England defender told ITV Sport after the game.

“I think he is playing more consistently for Manchester United, whereas Chilwell - some days he plays [forChelsea] and some days he doesn’t.

“I think at the moment Shaw is in the lead. But who knows?

"Going into the last games of thePremier Leagueseason, who can hold their nerve and keep that consistency up before the squad gets announced.”

Chilwell was left on the bench against Albania after playing the full 90 minutes of the Three Lions 5-0 rout of San Marino last week.

Shaw got the nod against a more competitive outfit, and managed to give Southgates side a valuable attacking outlet on the left-wing while also showing impressive discipline defensively.

The United star even provided the assist for Harry Kane to open the scoring in the 38th minute as the Tottenham striker rose highest to nod home his teasing cross.

Chilwells Chelsea team-mate Mason Mount rounded off a 2-0 victory for England in the second half, with Southgate now looking ahead to another Group I fixture against Poland on Wednesday.

Shaw is currently enjoying his best season yet in a United shirt, having previously been plagued by injuries following his switch from Southampton in 2014.

The 25-year-old has featured in 36 games across all competitions for the Red Devils this term, scoring once and setting up a further seven goals for his team-mates.

Chilwell, meanwhile, has struggled for consistency since joining Chelsea from Leicester City last summer, but has still managed to make an impact at Stamford Bridge amid intense competition for places.

The 24-year-old has contributed two goals and six assists to the Blues cause through 29 outings, and seems to have already earned the trust of his new manager Thomas Tuchel.