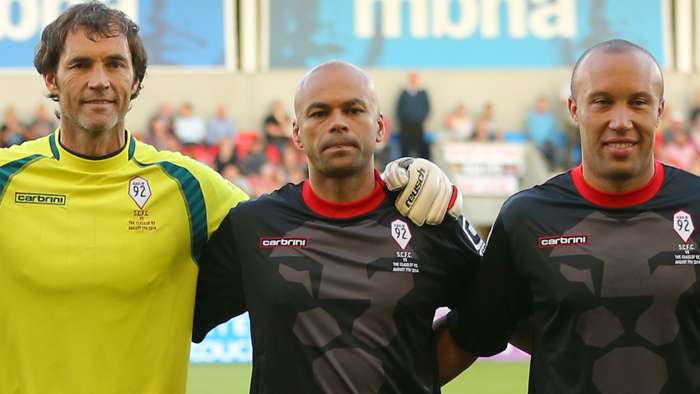 Former Manchester United defender John O'Kane has revealed he suffers from autism and opened up about its effect on his playing career.

He ended up making just a handful of appearances for the Red Devils before leaving for Everton in 1998 but lasted less than two years before he joined Bolton.

O'Kane retired in 2006 because of kidney problems, but says he had other issues to juggle throughout his career.

“They’ve got me on pills for my kidney condition and everything is under control. What was never under control when I was playing was my mental state because of autism," the ex-United defender, who was involved in a Twitter argument with Gary Neville last year, told The Sun.

“My team-mates would call me The Spaceman, because at times I seemed a bit detached. Sir AlexFerguson— in a good way — would whack me to get me going. There was a battle with Brian Clough at Nottingham Forest to sign me when I was 15.

“I came from Nottingham but Sir Alex got me after he invited me to his home. There was this surreal experience of us having a game of snooker together before we went to a game against Arsenal.

“He always liked me, always said: ‘Come on, you are my best right-back — go out and prove it’. I knew I was more gifted than most but I was never as committed because I was constantly battling things in my head.

“All my managers and team-mates knew there was something ‘different’ about me. I always knew I was autistic but I just tried to get on with it. But it was always such a mental drain. Nobody knew what I was really going through.

“Howard Kendall signed me for Everton in 1998, then got sacked and Walter Smith took over. By then I had the reputation of being too laid back, not committed enough, not hungry enough and Smith made his feelings clear.

“We never got on and he got rid of me as soon as he could. I never said there was pressure in my brain as well as on my body — I was just ‘lazy’ John O’Kane who threw his career away.”

Over a year after O'Kane departed, United went on to claim the domestic and European treble under Ferguson, and O'Kane feels he could have been part of the side if not for his autism.

He added:“Had I been able to be more emotionally committed, I might have been winning the 1999 treble."