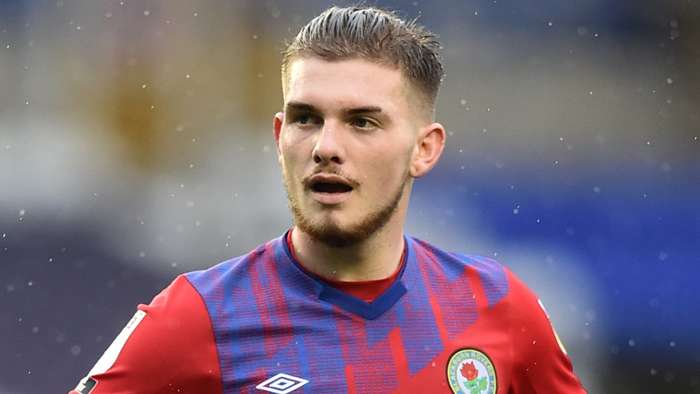 HarveyElliotthas the potential to become a first-team regular at Liverpool, according to former Reds winger Stewart Downing.

The 17-year-old, who features at No.26 on Goal’sNXGN 2021 list of the worlds top teenage footballers, has been in impressive form on loan with Downings Blackburn Roversin the Championship this season.

Elliott’s assist for Sam Gallagher in Saturday’s 1-1 draw with Norwich City took the teenager to 10 for the season, and he has added five goals to that tally as well.

The former Fulham winger has already made nine senior appearances for Liverpool since joining in the summer of 2019, and Downing, who spent two seasons at Anfield himself, believes Elliottis capable of establishing himself as a genuine option for Jurgen Klopp in the future.

Speaking exclusively toGoal, Downing said: “From what I’ve seen up to now, he’s going to be in the Premier League for sure.

“I know [Bournemouth manager] Jonathan Woodgate well, and he’s quite close to [Liverpool sporting director] Michael Edwards. He asked me about Harvey when he came to Blackburn, and I was like ‘f*cking hell, he’s brilliant!’

"It’s his game-understanding, when to pass the ball, when to dribble, when to come inside, when to stay wide. For someone so young, it’s top-drawer.

“Woody told me they have high hopes for him at Liverpool, and I can see why. But he knows better than anyone that he has a big job on his hands to get into the team.

“It’s one thing doing it at Blackburn, but we are talking about a team that wants to win Premier Leagues and Champions Leagues. Liverpool have to challenge, and Harvey has to get Mo Salah out of the team!

“But things can happen. If Salah leaves or gets injured, then he may get a chance, and then it’s up to him to take it.

"He’s got the quality, and playing with better players will bring the best out of him. And Klopp obviously likes him, so he has a chance.”

AssessingElliott’s impact at Blackburn, where he has made a total of 34appearances under Tony Mowbray, Downing was nothing but positive.

“We played Liverpool during lockdown last season, and he came on,” he said. “He only played half an hour, but he stood out with his maturity, how he played.

“He does the simple things well, and it sounds mad to say that because people think that’s easy, but a lot of young kids don’t do that.

“He’s been pretty consistent. He seems to have limitless energy! He trains every day, he’s played most of the games, and his levels have been consistent.

"The manager has probably had to protect him a bit and look at games where he can rest him, but the problem is, he’s been our go-to man!

“Him and Adam Armstrong have a great relationship, they seem to be on the same wavelength. Adam gets the goals and Harvey gets the assists. And that’s made it pretty hard to leave him out.

“Even when he has a ‘quiet’ game, he is still our most creative player!”

Elliottis viewed within the club as someone with the potential to play first-team football.

Liverpool fought off stiff competition from the likes of Manchester City, Real Madrid and Paris Saint-Germain to sign him from Fulham, with the Reds eventually ordered to pay a compensation fee which could rise to more than £4 million ($5.5m).

He is already the youngest player ever to appear in the Premier League, doing so for Fulham against Wolves aged just 16 years and 30 days.

And since moving to Anfield, he hasbecome the youngest player ever to start a game for the Reds after making his debut against MK Dons in September 2019, aged 16 years and 174 days.

He signed his first professional contract last July, with Klopp gushing about the youngster’s potential.

“Harvey is such an exciting prospect,” Klopp said. “I love his attitude, enthusiasm, bravery – love he has the right amount of football confidence and cheekiness.”

Elliott, who is part of the latest England Under-19s squad, will return to Anfield in the summer, with Liverpool keen to assess the improvements he has made during his season at Ewood Park.

Expect him to feature heavily in pre-season for Klopp’s side.