Ferguson reveals traits he looked for in Man Utd signings 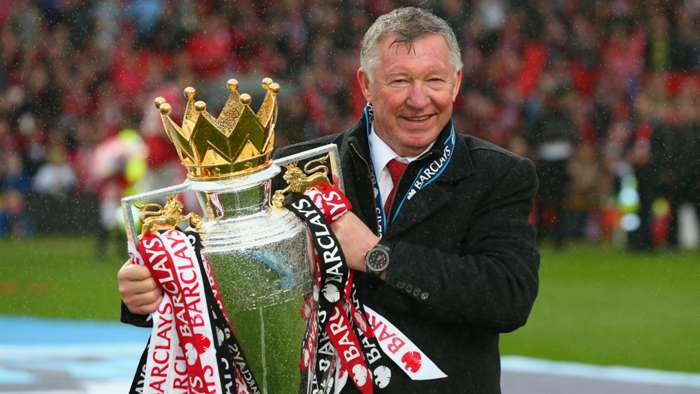 Sir Alex Ferguson says he looked for determination in instinct when it came to recruiting players for Manchester United.

The Scottish manager spent 27 years in charge of the Old Trafford side after spells at East Stirlingshire, St Mirren, Aberdeen and St Johnstone.

He is regarded as one of the finest coaches in football history and he admits part of his success is down to his eye for players who shared his mentality.

He told the clubs website: “I think that it could be divided into maybe a few parts. Some players I had were absolute natural footballers, with natural talent. But there were other players who shared my determination, who maybe weren’t the best players but they made themselves the best players, because they had something inside them too.

"I go back to one of my first defeats as a manager, at 32 years of age. I didn’t expect it. I went into the game eyes wide open, that this was going to be easy. We lost 5-2 to Albion Rovers. I was the manager of East Stirling, the players were on £5 a week, or something like that. I came home and I said ‘if I don’t get Alec Ferguson in my team, I’m not going to succeed’. So I made sure that my players had a mental toughness about them, from that moment on.”

Fergusons near-three decades in charge of the Red Devils saw many players come and go at Old Trafford.

Among some of their most notable signings were the likes of Cristiano Ronaldo, Eric Cantona, Wayne Rooney, Roy Keane, Rio Ferdinand, Ruud van Nistelrooy and Edwin van der Sar.