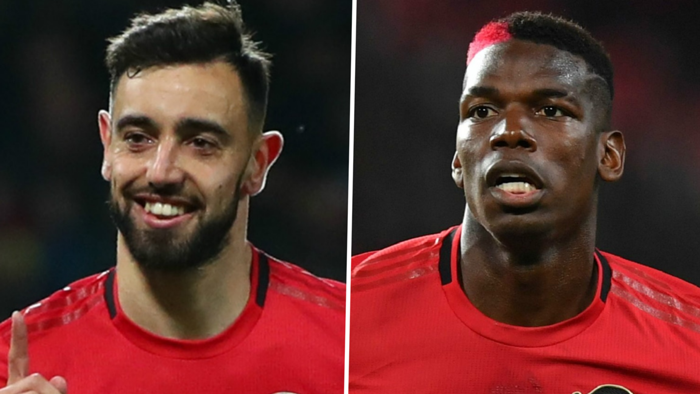 Bruno Fernandes has become one of a number of leaders at Manchester United, says Bryan Robson, with the Portuguese considered to be making midfield partner Paul Pogba “a better player”.

Pogba can point to the fact that he has not always been given the assistance from those around him that he requires in order to thrive.

That has changed on the back of Fernandes’ arrival in the January transfer window, with the Portuguese quickly becoming a talismanic presence for Ole Gunnar Solskjaer.

Robson believes Pogba is benefiting from having added quality alongside him, with Netherlands international Donny van de Beek now also being added to the pot.

Former United star Robson told The Sun: “For success, it’s got to be about personality and ability.

“You look at the impact Bruno has had on Pogba. He is helping Paul to become a better player and express himself.

“Since he has been at the club, Paul has started to play the way we know he can. And if they’ve now got another one in Van de Beek, then they have a real chance.

“Maybe not this season, maybe not just yet, but Ole’s buys have beengood. You can’t knock Aaron Wan-Bissaka, who may not be the greatest on the ball, but what a good defender.

“I’m not having it that Harry Maguire isn’t absolutely top class. Yes, he’s made the odd mistake, but what centre-half doesn’t? What is most important is that he has personality, that drive.

“He’s a leader but there is a whole team of leaders beginning to develop in there, just like we had. Van de Beek, with the personality many within Old Trafford have told me he has, will fit right in.

“Ole talked about creating the right culture within his squad and he is doing it - last season you saw the start. Now he has another in there who will add to the team spirit.”

Robson added on the importance of having characters in an ambitious squad, with the ex-England international having earned the nickname of ‘Captain Marvel’ in his playing days: “It means so much when you have players with personality who also want to communicate and step up to the plate. These are qualities Ole has brought in with signing the likes ofBruno Fernandes,Harry Maguire- and nowVan de Beek.

“From what I’m being told he is a great lad, everybody inside the club is saying this. He’s chatty, personable. You can see that he’s a really nice guy.

“Everybody talked about how friendly and chatty he was when he came in. And I’ve been talking to Edwin van der Sar who is chief executive at Ajax, he says the same thing.

“He comes across like Bruno, who I have met several times, and who is a brilliant lad.I love how feisty Bruno is. Can you remember the Sevilla game in the Europa League? Victor Lindelof switches off and they score.

“Well, Fernandes dug him out - and I would have done exactly the same thing. I love that, Bruno saw it and had a go -you should do - to improve people. And if Ole now has another one like Bruno in the form of Donny van de Beek, then I’m all for it.

“The most successful United team I played in was the one that won that first title, then the double next year. We had unbelievable characters — Peter Schmeichel, Steve Brucey, Denis Irwin, Paul Incey, RoyKeane, Brian McClair, Mark Hughes, Eric Cantona, myself.