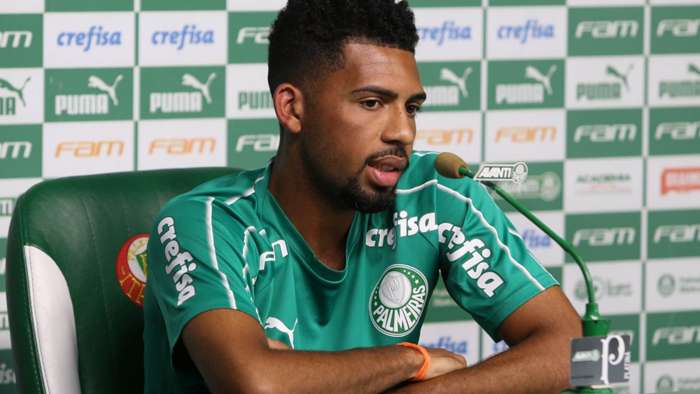 Matheus Fernandes has opened up on his trophy ambitions at Barca while revealing that he takes inspiration from his "personal hero" Sergio Busquets.

With the 22-year-old's transfer to Camp Nou not being finalised until July, he was sent out on loan to Real Valladolid for the second half of the 2019-20 campaign, but was made to wait for his La Liga debut amid the coronavirus crisis.

Fernandes was eventually handed his first taste of Spanish football whenValladolid were beaten 1-0 by Atletico Madrid at Wanda Metropolitano on June 20, and went on to appear in two more games for the club before joining up with his new team-mates at Barca.

The Brazilian is hoping he can help the Blaugranafight for silverware across multiple fronts in the coming years, and would like to see out the remainder of his playing days in Catalonia after completing his "dream" move.

Fernandes told Barca's official website: "I want to win major trophies. It has always been my dream to play for Barca, and now I have got that chance I want to make the best impression possible -and if possible finish my career here."

"I have always had ambition and I always wanted to play alongside such great players, the kind of players that influenced me as a kid, and to follow in their footsteps.

"When I heard Barca was interested it was so rewarding to know that I have been doing things right. Because if a big club comes calling, that’s because you have been doing a good job."

The formerPalmeiras star went on to admit that although he always looked up to Barca legends Xavi, Andres Iniesta and Lionel Messi, Busquets was the man he always tried to model himself upon.

"I have admired many players, but most of allBusquets," said Fernandes."I always took inspiration from Busquets. There were others, likeXavi, IniestaandMessi,who were all role models for me.

"I am so proud that people compare me to such a great player, my personal hero. I don’t know if I’ll ever be able to do what he did in a Barca shirt, but I hope to have a good career here, doing all I can to make a contribution to FC Barcelona."

Themidfielder added on the challenge of playing in Spain's top flight:"I had always dreamed of coming here and playing for Barca in La Liga.