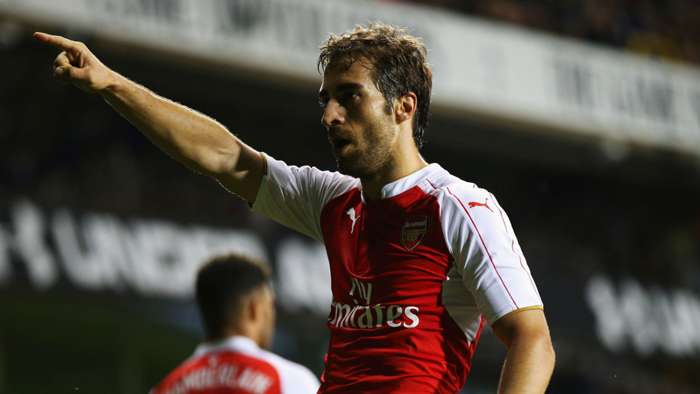 Mathieu Flamini is more than just a footballer, but the former Arsenal midfielder is not expecting his business interests to put him in a position where he could return to Emirates Stadium as owner.

He has 246 appearances for the Gunners to his name, along with three FA Cup successes and a Champions League final appearance.

A strong bond with Arsenal has been retained since heading to pastures new, with a close eye kept on how the Premier League heavyweights are faring.

It has been suggested that Flamini could make his way back to north London at some stage, with his efforts away from the field helping to further raise his profile and bank balance – with denials having to be made in the recent past that he has €30 billion (£27bn/$36bn) to his name.

Asked by The Athletic whether he expects to launch a bid for control at the Emirates, Flamini said: “No!

“Don’t ask me how I’ll be involved in football, because it’s not something I’ve thought about. But, definitely, it’s something which I’ve been part of forever in my life. I will always want to be part of this community.”

Flamini’s latest venture has seen him team up with former Arsenal colleague Mesut Ozil to launch the Unity project – a health platform that will work with a network of athletics and elite sportspeople to bring their experiences to the masses.

With plenty to keep his hands full, a man with three senior international caps to his name could be forgiven for winding down his on-field commitments.

Flamini is, however, adamant that he is not ready to head into retirement just yet, despite being without a club since severing ties with Getafe in 2018-19.

He added on his future plans: “I haven’t announced my retirement yet.

“I still feel good and healthy! When you take care of your health, when you eat healthy, when you drink water, when you sleep well, I will say you age better. I’m feeling very good and I haven’t decided to continue or to stop, that’s the first aspect.