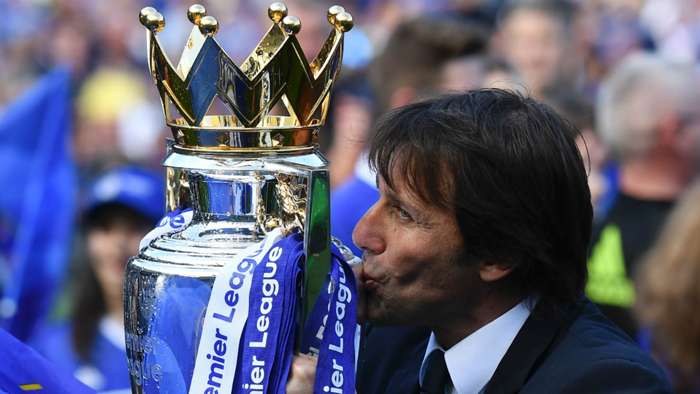 Antonio Conte was unceremoniously ushered through the exits at Chelsea in 2018, but the Italian remains keen on returning to the Premier League at some point.

If he had his way, a man who landed an English top-flight crown and FA Cup glory across two seasons at Stamford Bridge will be retracing those steps once he is free to make another big career call.

Conte told The Telegraph of his future plans: “I have this season and another year of my contract at Inter and I started a project here, and, honestly, I want to continue this project and stay for many years because we are building the bases.

“But, for sure, in my future, I want to come back to England to have another experience because I enjoyed my stay there a lot and to breathe the atmosphere in England.

“For me, for my family, I’d like to one day come back to England because we lived an incredible experience and we want to continue to have another experience in England.”

Conte was sacked by Chelsea as they paved the way for Maurizio Sarri to take the reins in west London.

Another highly-rated Italian coach spent just one year with the Blues before returning to his homeland, with Frank Lampard taken back to familiar surroundings in 2019.

The Chelsea legend has fared admirably in the most demanding of roles, with Conte impressed with the progress made by a club that worked through a transfer embargo before spending big in the last window.

He said: “I think that the club wants to come back to win.

“I remember when I arrived at Chelsea and the situation wasn’t this. Because I remember in my first season, we faced the season with only 16 players. But, in this year, the club worked very well. I know they are doing a really good job because I continue to follow Chelsea. I am a fan.