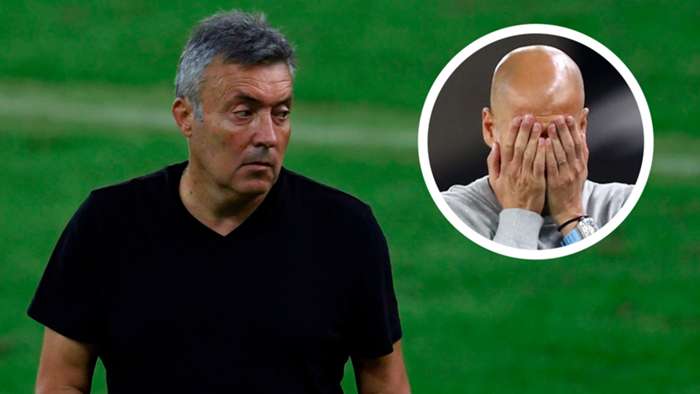 Domenec Torrent, a former protege of Pep Guardiola, has been sacked as manager of Brazilian giants Flamengo after less than four months in charge.

They currently sit third in the Brazilian Serie A, only a point behind leaders Internacional – though Sunday’s win took Atletico ahead of them on goal difference with a game in hand.

Torrent worked under Guardiola from the beginning of his managerial career with Barcelona B , following him to the Barca first team, Bayern Munich and Manchester City.

After more than a decade under Guardiola, Torrent left his post in Manchester in 2018 to take up his first full-time managerial job at New York City FC, before moving on to Flamengo in July 2020.

Torrent arrived with the unenviable task of replacing Jorge Jesus, the veteran coach who returned to former club Benfica after overseeing a spell of unprecedented success at Flamengo.

They won the Serie A and Copa Libertadores double – the first side to do so since Pele’s Santos 60 years previous – among numerous other honours, but Torrent was unable to match his predecessor’s success or popularity .

In September, a 5-0 defeat to Ecuadorian side Independiente del Valle in the Copa Libertadores proved one of Flamengo’s most embarrassing defeats in recent seasons.

Commentators have noted that Torrent had struggled to implement his Guardiola-esque tiki-taka side with a squad more used to Jesus’ more direct, fluid approach.

“Everyone knows I have a philosophy very similar to that of the coach I have worked with the last 10 years,” Torrent told reporters after his appointment.

“I like to attack. I would rather win 4-3 than 1-0 because it is important to the supporters. I know that for teams like Flamengo it is all about winning, winning and winning, but winning is not everything, it is how you do it as well, and it is important to play nice football.”