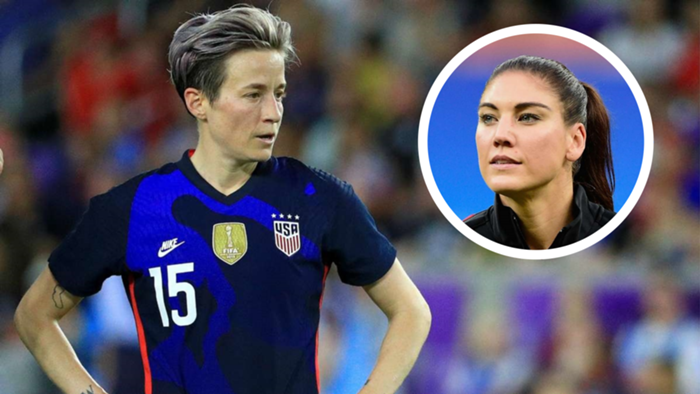 The USWNT is currently engaged in a lawsuit against U.S. Soccer, accusing the federation of discriminating against the team due to their gender.

In May 2020, a federal judge ruled in U.S. Soccers favor over the teams pay discrimination claim, basing part of his ruling on the fact that the USWNT agreed to the CBA that they later attempted to overturn.

"We were so close to achieving equal pay in 2016; it was offered to us, we were about to sign the contract with the Equal Employment Opportunity Commission (EEOC).

"But Megan Rapinoe and the leaders of that team signed a less-than-equal CBA, which is concerning for the overall class-action suit and the overall fight.

"But, trust me, we have history on our side, as well as congressmen and women.

"President Joe Biden is going to fight for equal pay - we believed in him four years ago and we believe in him now."

Yes, but it is unclear if the USWNT could have secured a better deal.

The 2017 CBA saw the USWNT earn plenty of concessions from U.S. Soccer but, partially based on the difference in how the teams CBA is structured compared to the USMNT, it is hard to define what "equal" exactly means.

Most USWNTplayers are salaried employees of U.S. Soccer, earning a guaranteed annual wage and benefits, while the USMNT are paid mostly in roster and performance-related bonuses.

The EEOC was still conducting an investigation when, in April 2017, the USWNT and U.S. Soccer agreed to a new CBA. By then, Solo was no longer with the USWNT.

In February 2019, the EEOC finished its investigation and the USWNT received right-to-sue letters from the agency. The following month, they filed their lawsuit against U.S. Soccer.

In December, the USWNT and U.S. Soccer reached a settlement over one portion of the teams lawsuit, involving unequal working conditions.

The settlement allowed the USWNT to move forward with their appeal over thefederal judges May 2020 ruling against the USWNT in the pay discrimination portion of the suit.