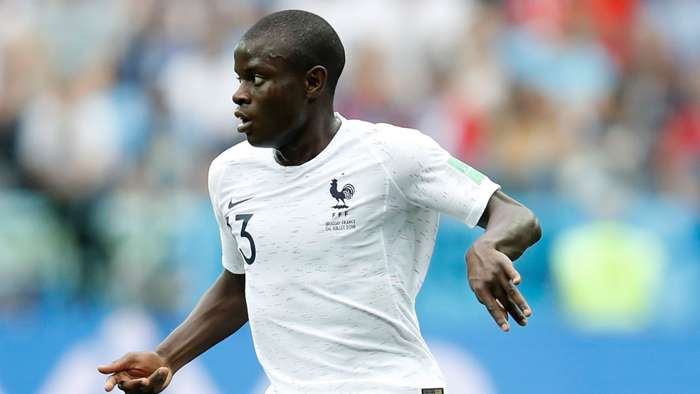 France head coach Didier Deschamps has said he is not concerned over NGolo Kantes role at Chelsea, suggesting that being rested occasionally could be a positive for the midfielder.

The 29-year-old has been a key figure at Stamford Bridge since joining in 2016, but has suffered from occasional injury problems.

After missing most of January with a hamstring problemKante has been brought back gradually, starting just half of his 12 total appearances.

"He is used to playing at a very high level, he does not save himself," Deschamps said at a press conference of Kante. "I am not unhappy when Tuchel does not start him every game.

"But everything is about communication. Players canarrive from their club not in ideal shape and then come back in better condition.

"The reverse is also possible. With Kante, it is more about physical problems that have been ongoing for several seasons. He does not save himself but he is like that, I will notchange it.

"With a little experience, he is learning to manage himself."

France will begin qualification for the 2022 World Cup on Wednesday with a match against Ukraine, before two further qualifiers againstKazakhstan andBosnia & Herzegovina.

The three matches also represent the last chance for players to impressDeschamps before he names his roster for this summers rescheduled Euro 2020 tournament.

With Les Bleus looking to go one better than 2016, when they finished runners-up, goalkeeper Hugo Lloris said he and his team-mates are eager to impress their manager.

"There are places to be won for the Euros," the Tottenham man said. "There are still things to be settled, collectively, to be on top at the Euros.

"It will be settled through matches, through competition. There is less at stake in friendly matches, but through these three matches it will give even more references. Its positive. As a player, you dont have to calculate too much."