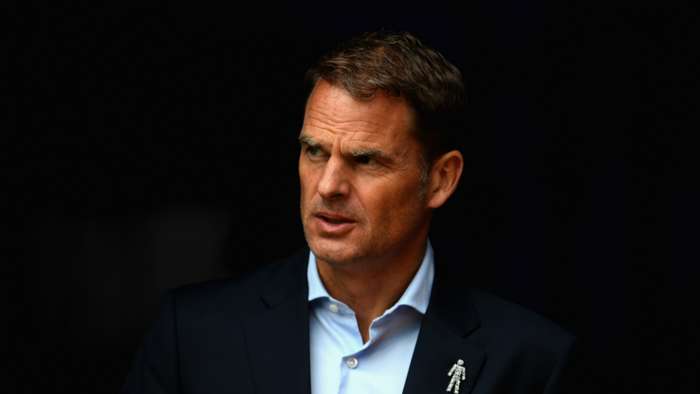 De Boer, who made 112 Netherlands appearances and played at two World Cups for his country, has signed a two-year deal that takes him through to the 2022 World Cup in Qatar.

The 50-year-old enjoyed a promising start to his coaching career, leading Ajax to four straight Eredivisie titles between 2011 and 2014.

However, his appointment may come as somewhat of a surprise given a poor track record since departing the Amsterdam club.

An ill-fated 85-day spell as Inter coach was followed by a forgettable 10-week stay in charge of Crystal Palace.

De Boer was sacked after Palace lost their first four Premier League games of the season, failing to score a single goal in the process.

After leaving the Premier League, De Boer took on a new challenge at MLS side Atlanta United, replacing Gerardo "Tata" Martino after the Argentine took over the Mexico national team.

De Boer did win the U.S. Open Cup during an 18-month stint in Atlantabut he departed the team two months ago following an indifferent start to the season.

Previously, De Boer worked for the national team as assistant coach to Bert van Marwijk at the 2010 World Cup in South Africa where Netherlands were beaten by Spain in the final.

His first assignment comes in the friendly match against Mexico on October 7 before the Nations League double header against Bosnia-Herzegovina and Italy.

Koeman was originally scheduled to remain in the post through Euro 2020 but the tournament was moved to next summer due to the coronavirus pandemic and he opted not to pass up the chance to take over at Barca.