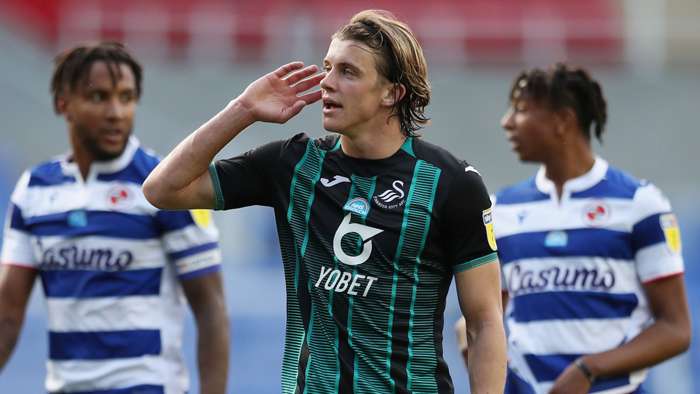 Chelsea youngster Conor Gallagher has signed a new contract with his parent club and will join West Bromwich Albion on a season-long loan.

The 20-year-old extending his deal ensures his long-term future remains with the west Londoners after reported interest in a permanent deal from Leeds United.

The youngster already had a move to Crystal Palace lined up but the Eagles opted to sign Michy Batshuayi on loan instead, causing the deal to collapse due to Premier League rules that state only one loan is allowed between clubs during a league season.

A loan move with Slaven Bilic's side is the next step in the youngster's development after a successful first professional season in the Championship with Swansea City and Charlton Athletic last term.

Gallagher played 45 times across the two clubs, scoring six times and getting 11 assists as he helped the Swans into the Championship Play-Offs.

The England Under-21 international is highly regarded at Cobham Training Centre and appeared in Chelsea's pre-season friendly against Brighton. He was named Academy Player of the Year in 2019 and was part of the Europa League final squad under Maurizio Sarri in the same season.

The academy star is an all-round midfielder and can boast having the Under-17 World Cup on his CV, having won it back in 2017.

Chelsea now have sixteen loanees out across European football as they look to have another large group out on temporary moves this season.

The Blues still have 46 players on their books, having spent around £200 million ($257.4) on six new signings without doing much in the way of sales.

Tiemoue Bakayoko's slow-moving talks with AC Milan remain just about intact as the Blues attempt to turn an option to buy clause into one which obliges the Rossoneri to buy him at the end of the season.

Chelsea's injury-hit youngster Charly Musonda is still recovering from a serious knee issue as he battles to be fit enough to go on loan in the final week of the transfer window.

A host of younger players from Chelsea's U18s will also consider loans, with the likes of Ian Maatsen, Henry Lawrence, Dynel Simeu and Lewis Bate weighing up their first forays into men's football.

Meanwhile, Chelsea are in the final stages of talks to bring in Edouard Mendy from Rennes, with the Ligue 1 club looking set to lose their No.1 goalkeeper after significant progress was made on Friday afternoon.