Game-management mode activated: Why Chelsea were happy with 0-0 Sevilla draw 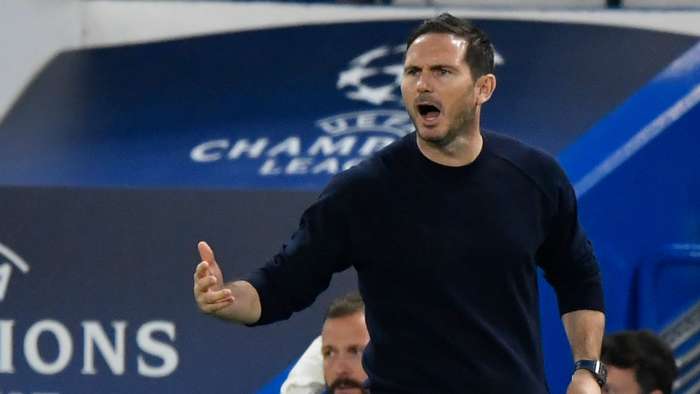 Chelsea's goalless Champions League draw against Sevilla won't capture many headlines but manager Frank Lampard will be quietly pleased with the clean sheet following recent chaotic defensive displays.It wast the first 0-0 draw of his time in charge of the club.

It wasn't fluid, it was pretty and at times the Liga side were on top but the performance can still be seen in a positive light as Lampard searches for identity with a team still bedding in multiple new signings.

Three new defensive signings started; Thiago Silva and Edouard Mendy were back in the team in changes from the weekend alongside the impressive new left-back Ben Chilwell.

Mendy passed a late fitness test after watching Kepa Arrizabalaga continue his struggles on Saturday and put in a dominant display in goal against elite opposition.

The Spain international could slip even further down the goalkeeping pecking order with the shock inclusion of Champions League winner and club legend Petr Cech in the Chelsea Premier League squad at the age of 38.

It was mostly a simple night for Mendy apart from a big save from Nemanja Gudelj early on. Silva also dominated at the back after overcoming an injury scare in the warm-up.

Kurt Zouma, however, still looks shaky following a big mistake against the Saints and needed the assurance of those around him to carry him through. His physical presence was useful at set-pieces though, the only area where the Blues looked defensively vulnerable.

Defending is about more than the back four and many of the problems in recent weeks have stemmed from the ineffective nature of the press compared to teams like Liverpool who have mastered the approach.

Upon bypassing the Chelsea frontline press, there are only two holding midfielders in Jorginho and N'Golo Kante. They were overworked against Southampton, unable to protect an out-of-sorts defence.

On Tuesday night, the much-maligned Jorginho was a vital cog for his team before being taken off early to rest ahead of an important trip to Manchester United after a run of improved displays.

The Chelsea forward line, meanwhile, produced a mixed displa. Their typically energetic press was more subdued; the west Londoners sat in a low or mid-block allowing their Spanish rivals to hold possession.

Out-passed but not overwhelmed, Chelsea were patient. They waited to break with speed on the counter as they had Timo Werner, Kai Havertz and Christian Pulisic in attack.

After Lampard criticised his players following their lost lead against Southampton, they did much better against Julen Lopetegui's men.

"I was pleased with that professional element to it after I spoke to the players about game management," Lampard said at Stamford Bridge.

"There's new players coming in and trying to feel the way that we want to play.

"I feel, when you are playing in real time without much time to train, that the Southampton game was a hit to us. I thought today was a really positive one as Sevilla are a top team in European football, there's no doubt about it.

"The concentration and focus you need to get a result, to get a clean sheet tonight, was big for the team.

Their inability to penetrate Bono's goal showed that they haven't fully got the balance right and Sevilla will be happy with their display against a project on which £220 million ($275m) was spent in the off-season, a sum which dwarfs the more austere expenditure for the Andalusians.

Lampard will have learned that this more cautious approach can pay off in big games or to protect leads when done correctly. Indeed, they tried and failed to play like this against Liverpool before Andreas Christensen's red card ruined Lampard's game plan and they were ultimately well beaten by the champions.

There were other lessons for Lampard on the night. Pulisic has struggled on the right wing but improved when moved to the left in the second half.

Meanwhile, there was a landmark moment when all six of Lampard's new signings were on the field at the same time after Hakim Ziyech came on after being out with a twisted knee.