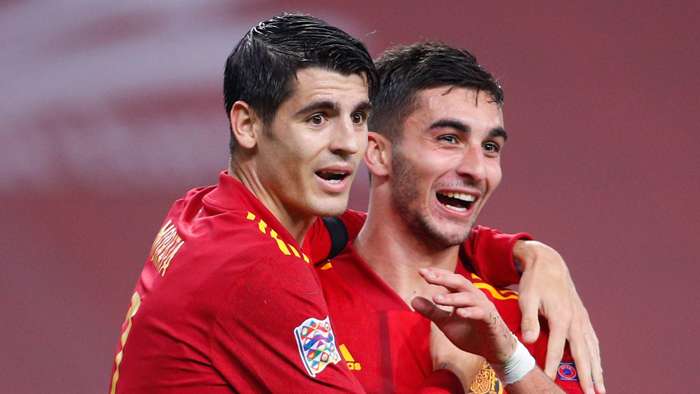 Spain travel to the Dinamo Arena to face Georgia on Sunday with Luis Enriques men looking for their first win in World Cup qualifying Group B.

Despite dominating possession, La Roja were held to a 1-1 draw by Greece on Thursday evening, but the 2010 World Cup winners should be able to open their account this weekend against the Baltic nation.

The visitors are unbeaten in World Cup qualifying since 1993 and they are highly fancied to extend that extraordinary run on Sunday, with bet365 pricing Spain at just4/25 (1.16).

Captain Sergio Ramos was withdrawn at half time against Greece, butthe Real Madrid defender should start once more this weekend.

With Villarreal striker Gerard Moreno nursing a slight knock, Alvaro Morata is likely to start up front again for La Roja, while debutant Bryan Gils impressive showing from the bench on the left-wing could see him rewarded with a starting berth.

Georgia are likely to go for a similar starting eleven that narrowly lost 1-0 to Sweden in midweek.

The game against Greece underlined the problem that has been facing Spain for a number of years, namely the lack of a clinical edge in the final third.

On their day, Luis Enriques men can blow apart any side in the world as shown in their 6-0 demolition of Germany back in November, yet more often than not they struggle to break down highly defensive units.

We can readily expect the hosts on Sunday to play with at least 10 men behind the ball and Spain will have to use all their skill and energy to find a way through.

There seems little doubt that the visitors should be able to record a victory, but opposing them to run riot should appeal significantly.

This bet has paid out in nine of Spains last 14 away World Cup qualifiers, including their visit to Georgia in 2012 which saw them win 1-0.