Germany No 1 Neuer, 35, can stay at top level for a few more years, says Low 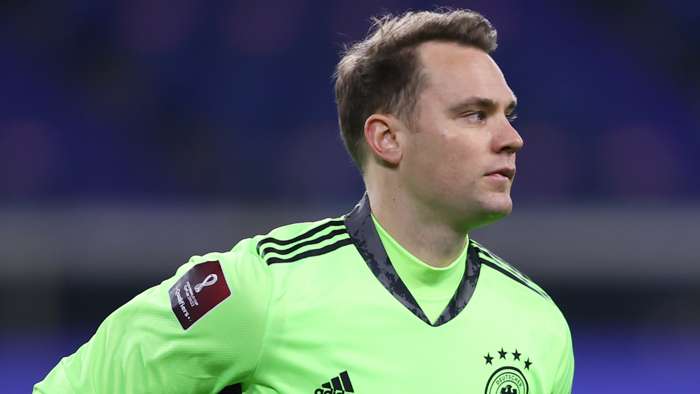 Germany No 1 Manuel Neuer can stay at the top level "for a few more years", according to Joachim Low.

Neuer, 35, has enjoyed an illustrious career at the very highest level of the game spanning 17 years, winning numerous major trophies at club level with Bayern Munich and the World Cup with his country.

It has been suggested that his time as Germanys first-choice goalkeeper is now drawing to a close, but Low still thinks he has plenty to offer because he remains fully focused on winning the most important titles in the game.

Speaking ahead of Germanys World Cup qualifying clash with Romania on Sunday, Low told reporters of Neuers durability: "At the moment he makes a completely well-trained impression.

"Hes turned 35, hes had an incredible career so far.He is highly motivated, still has big goals, is hungry for titles, so I think he can play at this level for a few more years."

There are currently three goalkeepers aiming to displace Neuer in Lows set-up with a view tothis summers European Championships.

Barcelona star Marc-Andre ter Stegen has served as Neuers No 2 for years, and continues to push hard for the main role between the sticks after another superb season at Camp Nou.

Bernd Leno is also in the frame, but an erratic 2020-21 campaign at Arsenal has done little to boost his chances of featuring at the Euros, while Eintracht Frankfurts Kevin Trapp also made Lows shortlist for the latest international break.

Neuer has appeared in a total of 97 games for Germany since making his debut in 2009, including Thursdays 3-0 win against Iceland.

The Bayern keeperwon the Golden Glove after Die Mannschafts run to World Cup glory in Brazil in 2014, and also has a Confederation Cup winners medal to his name.

Low would be a good fit for Barcelona - Xavi