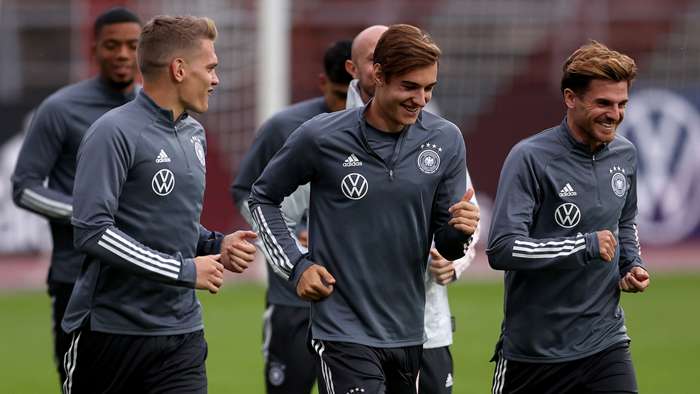 Germanys World Cup qualifier against Iceland will go ahead despite Gladbach midfielder Jonas Hofmann having tested positive for Covid-19.

A spokesman for the German football association (DFB)has insistedthat the clash willgo ahead after speaking with the relevant authorities, despite the positive test result having been recorded on Thursday.

The World Cup qualification clash between Germany and Icelandkicks off at 19.45 GMT at MSV Duisburgs Schauinsland-Reisen-Arena.

The DFB have released a statement confirming that a member of their squad had recorded a positive Covid-19 test, with Goal and SPOX having established that the player in questionis Gladbach midfielderHofmann.

The statement read : "The PCR testing of players and staff in the national teams quarters showed a positive test result ahead of the World Cup qualification match against Iceland on Thursday evening.

"In close cooperation with the Dusseldorf health department, the national player who tested positive and is currently symptom free was immediately isolated."

Despite Hofmanns positive test,Germanys strict adherence to safety rules has resulted inhealth authorities having given the team the go-ahead to play the fixture against Iceland.

Germany will follow up their Iceland clash with a trip to Romania, with another home date against North Macedonia the last of three qualifiers to be played before the resumption of club football.