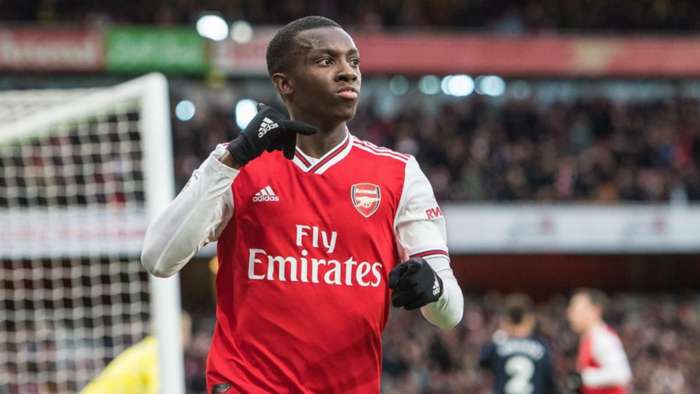 Ghana Football Association (GFA) Executive Council member George Amoakoh believes reports about the use of black magic, popularly known as 'juju', is hampering efforts to wooGhanaian players in the diaspora to represent the Black Stars.

The West Africans have ailed to lift a trophy since 1982, and havebeen rejected by most Ghanaian players abroad when asked to switch their nationality.

“There are a lot of perceptions about how Ghanaian footballers play the game,” Amoakoh told Nhyira FM.

“Destructive tendencies in the game, those who deliberately want to injure you and cut short your career.

“Even those players in the diaspora who were raised here and go to Europe to play there, most of them, because of 'juju', don’t want to play for Ghana.

“It's a very big problem we are trying to unravel and make right."

Ghana have already made contact with Nketiah and Lamptey, both born to Ghanaian parents in England and currently youth internationals for their country of birth.

On Monday, the latter made headlines with a fine performance for Brighton in their 2020-21 Premier League opener against Chelsea.

“In fact, when I was watching Lamptey on TV, the first thing I did was to call a couple of people and it was clear that he will be a good player for our national team, the Black Stars,” Amoakoh added.

“It is not going to be easy to get him to switch international allegiance. The national team's department is making serious efforts to get his parents and the boy to agree to play for Ghana.

“Most of the Ghanaian players born in Europe, if you want to entice them to come and play for Ghana, it is very difficult. They mostly aspire to play for their country of birth or host countries. Even their parents don’t opt for their children playing for Ghana."