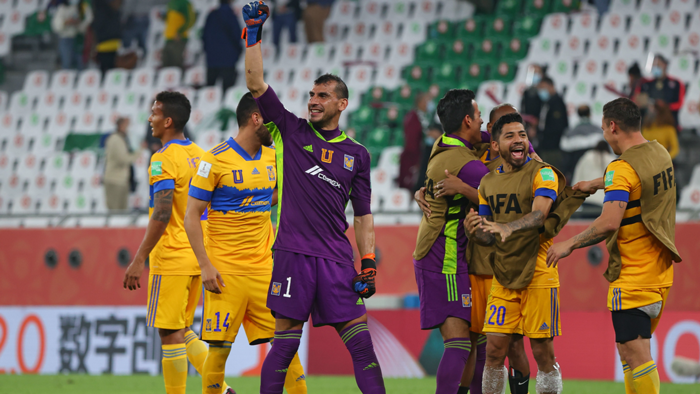 Tigres defeated favourited Palmeiras 1-0 in the Club World Cup semi-finals on Sunday thanks to a second-half penalty from star striker Andre-Pierre Gignac.

By reaching the Club World Cup final, Tigres made CONCACAF history and ensured the 2021 season would become one of the most significant years they've ever had regardless of wherethey place domestically.

Tigres is the first CONCACAF team to ever reach the Club World Cup final. It beat a team in Palmeiras that had conquered Santos and Boca Juniors to qualify for the tournament by winning the Copa Libertadores

"I feel calm and happy for the victory and enthusiasticlike everyone else but I am not going to be having a party," Ferretti told reporters on a video conference."There is still a game to go, the most important is the one that comes and we know the capacity of the team that we are going to face. Prepare the boys and recover them physically because emotionally they are in a good place."

Gignac has now won three straight games for Tigres on their dream run, netting the late winner in the CONCACAFChampions League final to qualify for the Club World Cup and scoring a decisive brace in the Club World Cupquarter-finals before Sunday's victory. The French forward is up to 145 career goals at Tigres.