Gnabry certain 'fantastic' Wenger would be a success as Bayern's manager 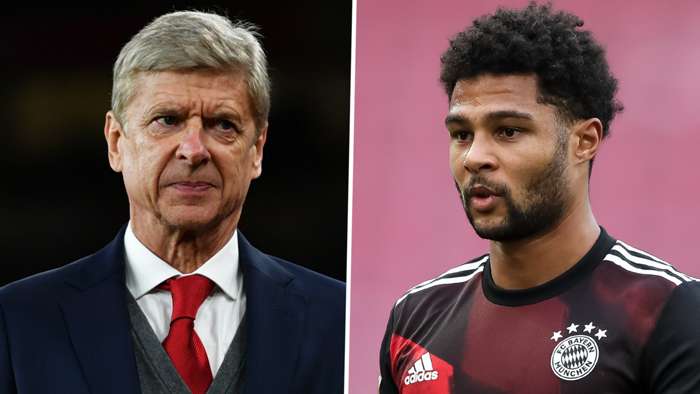 Serge Gnabry is certain that his former manager Arsene Wenger would succeed as Bayern Munich boss.

Flick went on to guide the Bavarian side to Champions League and Bundesliga success in his first year, butGnabry believes Wenger would becapable of managing the German giants should he ever get the job.

"Do I think he could have success? For sure. He's proven that he's been a fantastic manager to lead a club," said the 25-year-old, who made 18 appearances for the Gunners under Wenger before he was sold to Werder Bremen in 2016.

"I would say the difference between Wenger and Flick for myself, being an older player, it's probably easier to communicate with the coach. When you just come in and you're very young, sometimes you are maybe a little bit shy but football-wise they're both on a very, very high level."

Gnabry has been a key player for Bayern since he returned from a loan spell at Hoffenheim, having scored 40 times in 97 competitive appearances.

One of his standout performances was in London last year, when he scored four and set up another as his side ran out 7-2 winners against Tottenham in the Champions League.

The Germany international admits he was fired up for the match in part because of his history with Spurs' north London rivals.

"The biggest thing about it was to see some of my friends, they give me a lot of motivation," he told reporters.

"Obviously knowing the history and the atmosphere in the stadiums it is great to play in England, but in some way, because of my Arsenal history, you have more motivation against Spurs. Apart from that, every game is important and it’s been going well for me against London teams."

Bayern will take on arch-rivals Borussia Dortmund on Saturday, with both sides level on points at the top of the Bundesliga standings after six matches played.

Looking ahead to the fixture, Gnabryadded: "It’s very important because it’s the two best teams in the Bundesliga playing against each other.