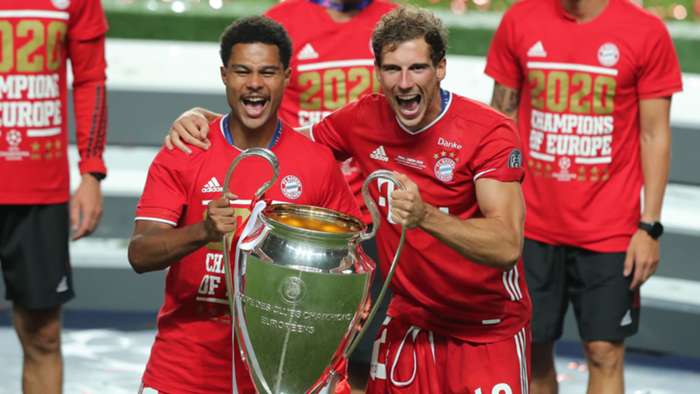 After Gnabry scored a double in Bayern's semi-final win over Lyon, Kingsley Coman proved to be the hero on Sunday as he headed home a 59th-minute winner.

Hansi Flick's side are the first team in Champions League history to win every game on their way to the title and also the first to claim 11 consecutive victories in the competition.

The narrow win in the final secured the Bundesliga champions another treble and Gnabry was quick to highlight the strong bond this Bayern team have created, with more silverware alreadyin his sights.

"Winning the trophy today is the best thing that could happen to us. We worked incredibly hard and in the end it came through to be the best team in Europe," Gnabry told BT Sport.

"It's the final, Paris came out wanting to win and so did we. Nobody is going to give up easily but we came through.

"As long as it was 0-0, it was always going to be open for us. Of course, they were going to have chances. It was lucky they didn't score and lucky we did score.

"It has always been said that the spirit of this team is crazy. We always fight for each other and we have a strong bond. Hopefully we can build on that and win more."

OnComan, Gnabry added: "He helped us a lot. He came in and one-against-one we knew it would be difficult for the opponent. For him to score that goal after being out injured for a couple of games and to come back into the team was incredible."

Bayern managed to keepPSG scoreless in a Champions League match for the first time since April 2016 with goalkeeper Manuel Neuer making a number of key saves.

The German shot-stopper played down his own heroics but admitted his side had to fight tooth and nail to secure the title.

"I had a great game, but I can't say it was the best game of my career," Neuer told TF1.