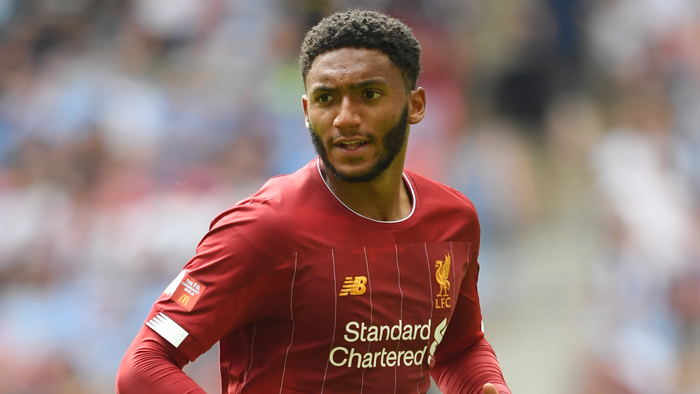 Joe Gomez has revealed the "essential" part of Liverpool's pre-season preparations which has aided the players' recovery between friendly matches.

Liverpool have one more friendly to take in before their focus switches to the meeting with Arsenal at Wembley on Saturday, with a clash against Red Bull Salzburg set to take place on Tuesday afternoon.

The Merseyside outfit were only grantedthree weeks off after their final-day victory over Newcastle on July 26, and Gomez has now explained that afternoon siestas are helping the squad to cope with the demands of a quick turnaround between seasons.

"Essential. Not much beats an afternoon nap," Gomez told Liverpool's official website of the importance of getting in extra rest after training sessions.

"It's more so for recovery and just switching off a little bit. There's not much else to do and I suppose that's the point of a training camp really."

The England international went on to address James Milner's claim that he led an 80-pass rondo during a recent session, which he was not involved in.

Gomez also discussed Klopp's desire to mirror the intensity of matchdays in training, as he added: "Fortunately I wasn't in that box, but I can imagine it.

"Millie's box is always intense. You never want to be stuck in the middle and have to go again.

"It's good. In different phases and in different things, we're always competitive and it works well that way.

"You've got to train the way you play, I suppose, and that's something the gaffer emphasises.

"It's obviously at times been tough and had some tired legs on some days, but it's part and parcel and you can't expect anything different in pre-season really."

Gomez went on to admit that the Liverpool squad are more focused on putting in a strong performance against Arsenal than impressing during in friendly matches.

The Reds defenderadded: "In terms of the game the other day, I think a lot of us had in mind, 'In a week from now we play in the Community Shield'.

"We've got to emphasise getting in the rhythm of things and getting the good habits back in place as soon as possible.

"Even though it's a short break, it's obviously important we hit the ground running and in less than a week now there's a trophy up for grabs.

"I definitely think we can't just treat them as friendlies and more so the foundations to put in a good performance on the weekend."