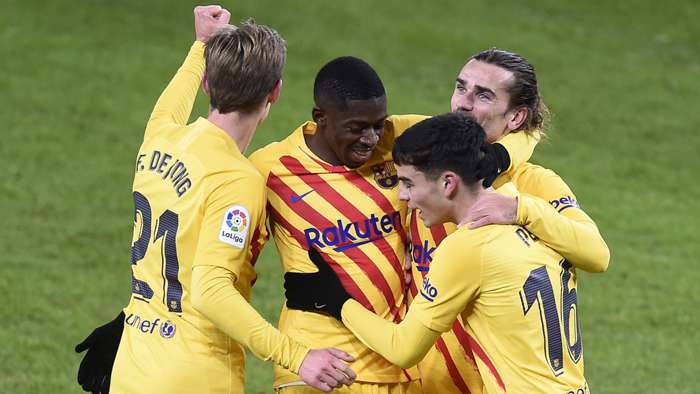 Diego Martinez's men boast an excellent record in their own stadium, where they have won six of their last nine league games, and bet365 price a home win at 11/2 (6.50) this weekend.

Barcelona are still without long-term absentees Gerard Pique, Ansu Fati, Sergi Roberto and Philippe Coutinho, but have no new injury concerns ahead of the trip to the south of the country.

Granada won this fixture 2-0 last season on their way to a historic seventh-placed finish and the Andalusians have shown thatthey remain an extremely difficult opponent this term.

Indeed, theyhave scored in 24 of their last 26 home league matches - including against Barca, Atletico Madrid, Real Madrid, Sevilla, and Real Sociedad -and only three teams have netted more home goals than Granada have this season.

The Catalans have managed just three clean sheets in eight away games during the current league campaign but the last few matches have been promising in the attacking third, with Lionel Messi, Pedri, and a now fully-fit Ousmane Dembele causing plenty of problems.

Both teams to score and over 2.5 goals is priced at evens (2.00) and seems like a logical selection, given the hosts' superb scoring record at home as well as Barca's recent impressive attack performances.