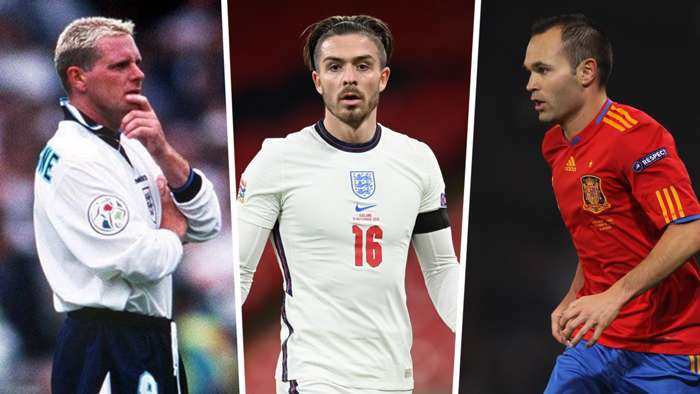 Jack Grealish being compared to Paul Gascoigne and Andres Iniesta is “ridiculous”, says Paul Parker, with the former England international baffled by those billing the Aston Villa playmaker as a potential great.

Having shown himself to be capable of mixing it among the Premier League elite, Grealish has been given his big break with England.

He was an undoubted positive for Gareth Southgate during the November international break, with three eye-catching showings put in against the Republic of Ireland, Belgium and Iceland.

Many are now expecting the Villa captain to nail down a role as the Three Lions’ go-to playmaker.

Others have likened his playing style to England icon Gascoigne, while his efforts are topping those of Spanish World Cup winner Iniesta, but Parker is not buying the hype.

The ex-Three Lions right-back told Eurosport: “As a country, we have created this idea of ‘Jack Grealish is going to be the greatest ever English player'. Where has that come from? It’s absolutely ridiculous.

“I just don’t get the hype around him to be perfectly honest. Then you get the ones who come up and say ‘ah, he reminds us of Gazza’. Please don’t do that now when you see games against Republic of Ireland and Belgium... when we’re 2-0 down and he’s running around and wants to have around 35 touches to then pass the ball to somebody.

“Everyone says he gets fouled all the time, but what is a foul and what isn’t a foul? A foul now is only when someone touches you and it throws you to the floor. Nine times out of 10 they’re not fouls anymore. At the moment he doesn’t want to show strength - he falls over.

“All of a sudden it’s, ‘that makes him good because everyone wants to foul him’. He has too many touches.

“In today’s football you watch the great midfield players – a lot of them not English - and look how many touches they have. Grealish has five, six and he goes left, right then flicks it back to somebody. You’re left thinking ‘really?’

“Someone put a stat up about what he’s done and what he’s achieved already and captioned it ‘Andres Iniesta hadn’t done that at his age’. Please don’t go down that road. I don’t know why we keep doing it.