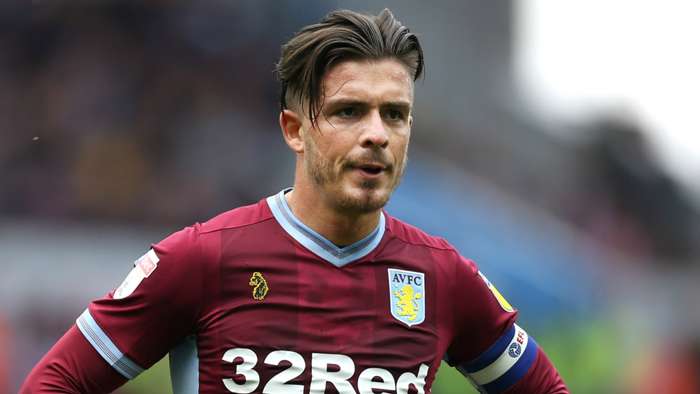 Tim Sherwood says Jack Grealish is the closest player to the abilties of Paul Gascoigne that he has seen and the Aston Villa captain should not be compared to recent England call-up Kalvin Phillips.

While Sherwood believes Phillips will become a star for the national team, he feels that comparisions with Grealish are unfair, with the 24-year-old - whohe handed a debut while coaching at Villa -competing for a different position in the squad.

"Jack is a different player to Phillips," Sherwood told the Daily Star."He's exceptional and he's vying to be the best number sixin that squad, sitting in and around the back four.

"I guess you'd have to give Jordan Henderson the nod just above him because of what he's done with Liverpool but after him, Phillips is better than the rest.

"He really is a player and he's got everything. Phillips is the full package. I know he hasn't had Premier League experience but when you get in among better players at international level, you shine and he could be wearing the England shirt for a long time to come.

"I'm gutted for Jack but he shouldn't be being compared with Phillips.

"But he's more in the bracket of Phil Foden and Mason Mount. They're the two he should be being compared with.

"Jack just needs to stick with it. He is the nearest thing to Gazza I've seen. Gazza is the most difficult opponent I ever played against. Jack has that same outstanding ability and audacity with the ball."

There is talk Grealish may consider a switch back to the Republic of Ireland if he keeps on getting snubbed for England selection.

However, Sherwood feels the playmaker should stick it out and that he will eventually become a Three Lions regular - much like he was forced to himself during his playing career.

"If I was Jack I wouldn't be thinking of switching back to Ireland. He's made his mind up and he just has to be patient. I know how hard that can be," Sherwood said.

"I won the title with Blackburn. I was in incredible form and thought I was one of the best players around. Yet I must have been called up 28 times and never got picked until I moved to Tottenham.

"It's not ideal but all Jack can do is get on with it and not sulk and I don't think he'll do that. His chance will come.

"It might come through an injury crisis or whatever but once Gareth sees how good he is, how he dribbles and draws players with his pace, he'll be up and running.

"When international teams sit back you need players who have that guile and that key to the door.