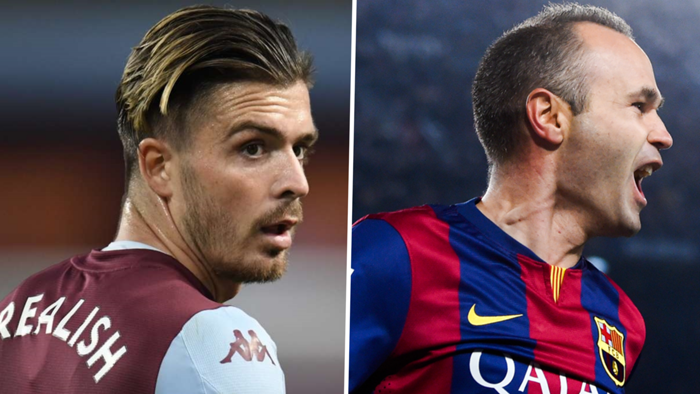 The 25-year-old admitted it wasn't an easy decision to commithis future to the club, though, saying that it was 50-50 whether he'd stay or go.

Agbonlahor, for one, was more than happy to see the England international stay, saying that when it comes to natural ability none of his former team-mates compare to Grealish.

"I've played with some great players but for natural ability, I've got to say Jack Grealish,"Agbonlahor told talkSPORT."I know I will upset a few players I played with but for me I've seen nothing like it.

"I mean even in training — you'll have the quickest players, the best defenders and he just runs past you like you're not even there. The amount of times I've tried to tackle him, in training when I played centre-back for a bit of banter.

"I can't get anywhere near the guy so I end up kicking him and putting him on the floor.

"He reminds me a bit of like, I know it's a big statement, but Iniesta in his prime. He's just skipping past you, running past you, a little movement of the shoulders and he's gone."

Agbonlahor and Grealish were team-mates for several seasons at Villabefore the former announced his retirementfrom football in 2019 at the age of 32.