Grealish told he has two options as Bent rules Man Utd, City, Chelsea & Liverpool out of the running 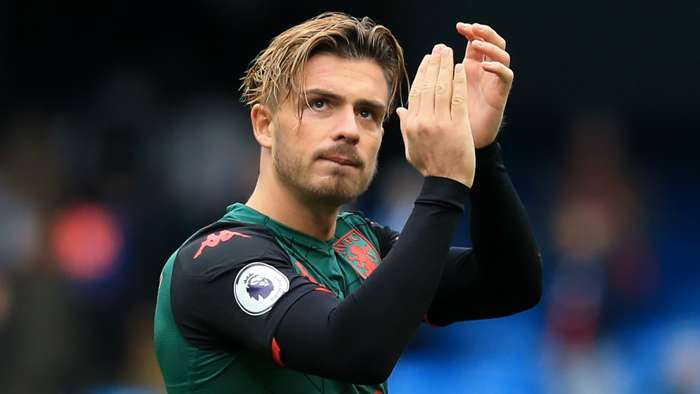 The Red Devils have, however, found considerable value in January signing Bruno Fernandes and are expected to keep World Cup winner Paul Pogba on their books alongside a Portugal international.

Premier League champions Liverpool are unlikely to be spending big before the next deadline, while Chelsea have alreadyadded creativity into their ranks through deals for Hakim Ziyech and Timo Werner.

Pep Guardiola has admitted to being a fan of Grealish, but City are preparing to put their faith in Phil Foden when it comes to filling the boots of David Silva.

With all of that taken into account, there are few avenues for an England hopeful to explore.

Bent admits as much, with the former Tottenham and Aston Villa striker seeing Grealish either heading for north London or sticking with his boyhood club in the West Midlands – with Dean Smith’s side having beaten the drop to remain among the elite for 2020-21.

“You start looking about and I’ve had this discussion with so many different people, it’s where does he go?” Bent told Football Insider.

“Liverpool don’t need him, where’s he going to get in there? They’ve already got their front three and midfield set.

“He’s not going to go to Chelsea. Could he go to Leicester? Well they’ve got James Maddison so you’d probably say not.

“Honestly, at the minute he needs to weigh up and think about where he’s going to go – he could stay at Villa where he’s the captain, the main man and his boyhood club and he knows he’d be a god if he was to stay.”