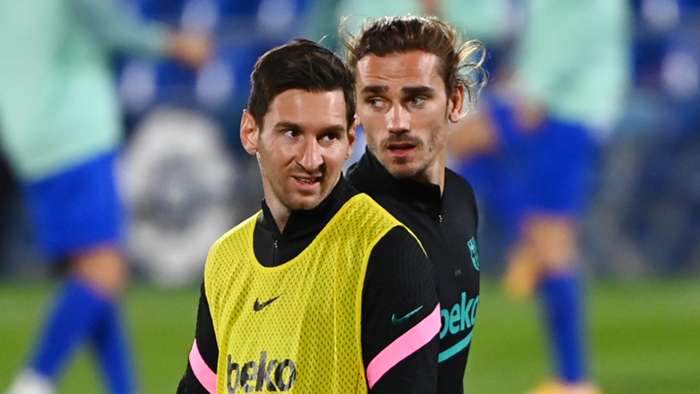 The former adviser of Antoine Griezmann has written an open letter apologising for comments he made about the Frenchman’s relationship with Barcelona team-mate Lionel Messi.

Olhats had told France Football of Messi: “He’s at the same time emperor and monarch, and he didn’t see Antoine’s arrival with a good eye.

“His attitude has been deplorable, he made him feel that. I’ve always heard Antoine say there’s no problem with Messi, but never the other way around.”

Griezmann’s uncle, Emmanuel Lopes, publicly weighed in on the issue, accusing Messi of not working hard enough in training and saying Griezmann knew he wouldn’t be a success at Barca after only six months at the club.

Now, Olhats has said he did not actually have any inside information before giving his interview, he disagrees with both Lopes and Barca coach Ronald Koeman’s comments on the situation, and he regrets having intensified the media’s focus on Griezmann.

In an open letter published in Marca, Olhats said: “Firstly, I want to make it very clear that Antoine Griezmann NEVER informed me about this subject.

“The comments that I made in France Football were based on a situation that was put forward by various media outlets during last season. I understand that my comments are subjective and that I could even be mistaken. For that, I am the only one responsible.

“I also want to make clear that I don't agree with the comments made by the player's uncle about the supposed differences between Griezmann and Messi.

“For a while, specifically since three years ago, I haven't maintained a relationship with Antoine, nor do I form part of his family's inner circle, despite what some have said in the media.

“In response to the comments from Barcelona coach Ronald Koeman, who labelled the issue as nonsense, I understand that he is defending his club and his players, but he's not fully accurate in two matters.

“One is when he speaks about me as a client when describing my relationship with Griezmann. There was never a contractual relationship between us. I wasn't his agent. I was his technical advisor, but I believe this grants me legitimacy to express my opinion without having to ask anybody's permission.