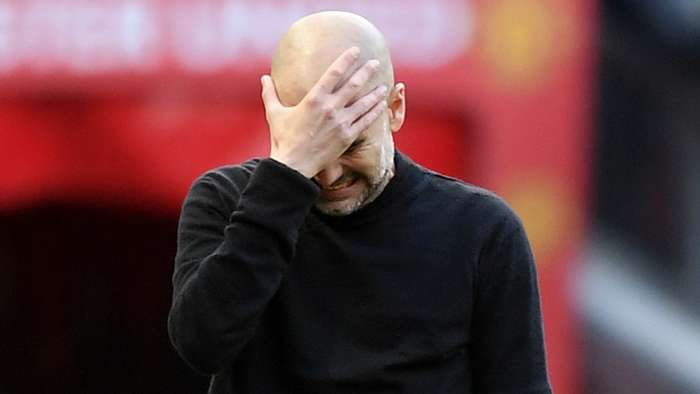 Pep Guardiola “doesn’t usually hang around at a club for too long” and another Champions League failure for Manchester City in 2020-21 will have everyone at the Etihad Stadium considering “some kind of change”, claims Danny Mills.

Guardiola’s debut campaign in England delivered no silverware, but two Premier League titles and a flurry of domestic cup successes have been enjoyed since then.

European glory has proved elusive, with one of the finest tactical brains in the business having gone nine years without conquering the continent.

City appointed Guardiola as the man to bring them a much-coveted piece of silverware, but a quarter-final defeat to Lyon in 2019-20 saw them fluff their lines among the elite once again.

No drastic decisions have been taken on the back of that disappointment, but contracts with those in the dugout are only due to run until the end of the current campaign.

Guardiola has remained coy on his future plans, with no extension to his terms agreed as yet, and Mills believes changes could be made in 2021 if the title that City craves most remains out of their reach.

The former Blues defender told Gentingbet: “Everybody knows that Pep Guardiola was brought to Man City as a result of his pedigree in the Champions League and he hasn’t done that yet.

“Man City now need to do whatever they can to get to a global level, whether that comes down to signing the likes of Lionel Messi, Kylian Mbappe or Neymar or winning the Champions League.

“If City want to be on the global stage then that means they have to win the Champions League.

“Man City haven’t done that yet. So, they need to put themselves up there with the big boys by at the very least getting to the final this year.

“There is clearly a long-term plan at Man City but Guardiola is a manager that doesn’t usually hang around at a club for too long – this is the longest he has ever been at a football club.

“I wouldn’t say that this season is their last chance under Pep but if they fail to have a good run this year, the club must be starting to think that they might need to make some kind of change.”