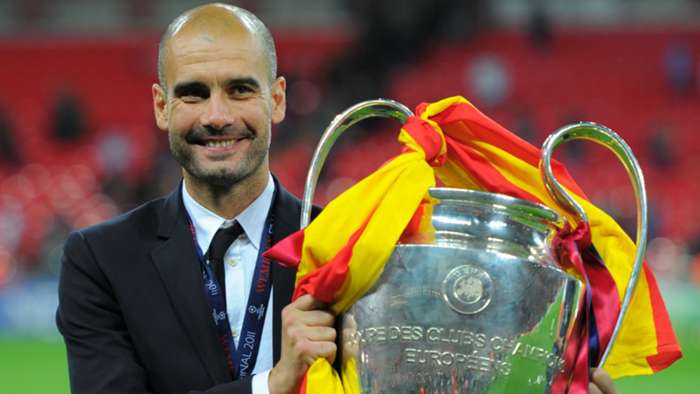 Pep Guardiola has won almost every trophy under the sun during his time managing Barcelona, Bayern Munich and Manchester City.

But though Guardiola has tasted Premier League, FA Cup and League Cup glory with Manchester City, he has never lifted the Champions League with the Etihad side.

Goalhas what you need to know about Guardiola's record in the Champions League and more.

He won his first Champions League title in his debut season in charge of Barcelona's senior team, defeating Manchester United 2-0 in the 2008-09 final.

His second Champions League trophy came in the 2011 final, two years after his first. The Blaugrana were once again victorious against Manchester United in the final at Wembley, this time in a 3-1 win.

The last time Guardiola won the Champions League was with Barcelona, in 2010-11.

With Bayern and Manchester City, the farthest he has gone in the competition is reaching the semi-final stage -but never the final.

Guardiola has spoken of his desires to lift the Champions League trophy with Manchester City, semi-joking that part of his legacy at the Etihad will be determined by his success in the elite European competition.

“We will, of course, not just be judged on the way we play but the titles we win. That is the truth. It is as simple as that,” said Guardiola.

“Last year was an extraordinary one for us but people say, 'But you didn't win the Champions League'. That is why I will be judged, if we don't win it in my final period here, that I will be a failure here. I know that.

“But I enjoy working with my players and my players still win a lot of games. Winning a certain way is what helps you to win the titles and we believe we can play that way. We will see at the end.”

You can see Guardiola's progress in the Champions League with Barcelona, Bayern Munich and Manchester City below.