Haaland should not be compared to Lewandowski and Messi, says ex-Red Bull Salzburg boss 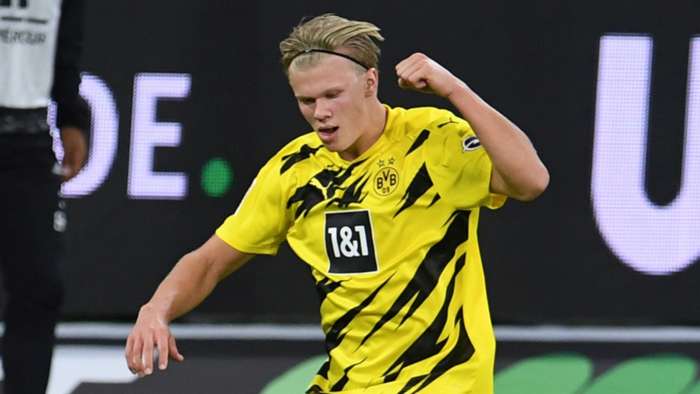 Borussia Dortmund’s Erling Haaland must be judged on his own merits and not compared to the likes of Bayern Munich hitman Robert Lewandowski or six-time Ballon d’Or winner Lionel Messi, according to former Red Bull Salzburg boss Marco Rose.

Rose, who coached Salzburg from 2017 until 2019, has attempted to play down the hype.

“He is an incredibly positive player. He arrived injured in Salzburg, fought his way up and then took off,” he told Goal. “At his young age he can already carry a team and he radiates an enormous amount of energy. He is also a funny guy.

“But there are still many things he can learn - he knows that too. Nowadays he’s probably one of those players that you work in superlatives and make big comparisons with the likes of Robert Lewandowski or Leo Messi, but I wouldn't see him that way.”

Meanwhile, Rose is pleased to see Mario Gotze, who scored the winning goal in the 2014 World Cup final before fading from view, having signed up with PSV after leaving Dortmund.

“I hold Mario Gotze in high esteem, he's a nice guy,” the Borussia Monchengladbach boss said before denying his side held an interest in the 28-year-old this summer.

“I am pleased that he has found a task that he approaches with full conviction. That speaks volumes of him. He has chosen a great traditional club. He has never been an issue for us because we never looked for him in his position.”

Rose’s campaign is set to ramp up a notch in the next few days as the Europa League begins with a trip to face Inter at San Siro.