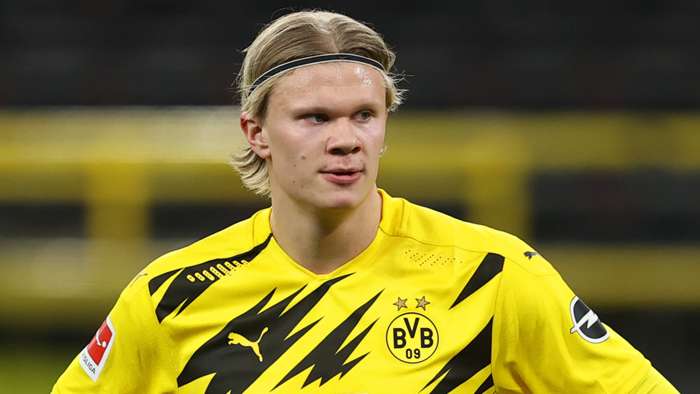 Haaland is attracting attention from top clubs across Europe ahead of the summer transfer window after an outstanding 2020-21 campaign at Westfalenstadion.

It has been suggested that the 20-year-old will be tempted by a move away for Dortmund to fulfil his silverware ambitions, but Sammer thinks he would be wise to exercise patience and continue his development in his current surroundings.

The former BVB defender has used Dembeles career trajectory as an example to illustrate his point, with the Frenchman having so far failed to live up to expectations since joining Barca from the German club for a big-money fee four years ago.

“I would recommend for Erling to also see the value of Borussia Dortmund,” Sammer, who now serves as one of Dortmunds technical advisors,told Sport Bild.

“The club has given him a lot. From here, he can only go to a handful of clubs. When Erling makes the next step, he must be the finished product, perfect. He is very, very good.

“He must improve some details. Robert [Lewandowski] was complete when he left for Bayern [Munich on a free transfer in 2014]. It was clear: He went straight into the starting line-up.

“But as a counter-example, Ousmane Dembele maybe left for Barcelona a moment too early. Erling is far in his development, but he is not complete.”

A number of Premier League clubs are thought to be lining up to try and sign Haaland, including Chelsea, Manchester City, Manchester United and Liverpool, while French champions Paris Saint-Germain are also reportedly weighing up a summer bid.

Real Madrid and Barca have been credited with an interest in the Norwegian too, along with Italian giants Juventus, but Bayernare being tipped to offer him the chance to continue plying his trade in Germany.

Bayern have poached a number of top players away from Dortmund in the modern era, including Lewandowski, but Sammer doesnt think Haaland will follow in the footsteps of the Polish frontman.

“This won’t happen today or tomorrow because Bayern already have Robert Lewandowski,” he added on Bayerns links with the young forward.

“Robert is absolutely world-class, Erling is on his way there. He has the hunger in him. I have never seen anything comparable in terms of stats and lust for goals at this age.”

Haaland had already proved himself on the European stage at Salzburg before joining Dortmund, but has taken his game to even greater heights since linking up with the Bundesliga outfit.

The Norway international has hit 49 goals in his first 49 games across all competitions for BVB, including 33 to date in the current campaign.

Haalands latest double helped Dortmund scrape a 2-2 draw with Koln at the weekend, which left Edin Terzics side four points adrift of the Bundesligas top-four.