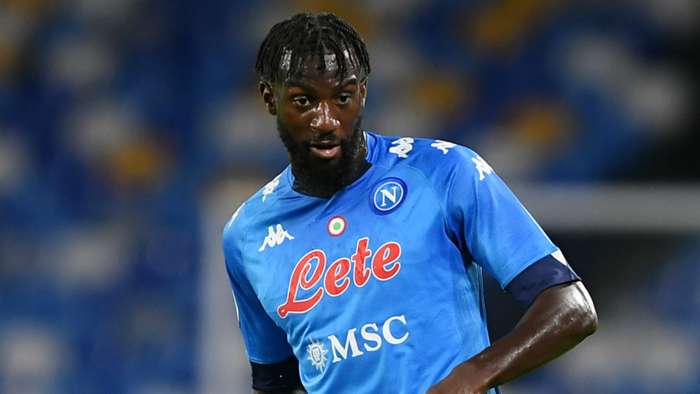 Tiemoue Bakayoko’s agent has said the midfielder is open to the prospect of extending his loan spell at Napoli from Chelsea.

The Frenchmanjoined Chelsea from Monaco in 2017, but cut little ice in west London and has spent the last three seasons away from the club.

He is currently at Napoli, following spells at AC Milan and Monaco, and is open to the prospect of remaining in Naples.

Bakayoko has had two spells working under current Napoli boss Gennaro Gattusoafter playing for him at AC Milan as well. Gattusos future at Napoliis shrouded in doubt, but the player’s agentsays his client’s future is not linked to Gattuso’s.

“His future is not tied to that of the coach,” Abdoulaye Bakayoko, who is the midfielder’s brother and agent, told Radio Marte . “There is a strong bond with the coach, but when the talks take place withthe club to stay at Napoli, we’ll see.

“The focus right now is to see out the season in the best possible way.

"There are no talks planned with the club to discuss it.

“Whether he remains at Napoli or not, that will not depend on Gattuso.

"He is happy here, it’s a big club with a great history.”

Gattuso is an admirer of the 26-year-old, having worked with him at Milan and now Napoli.

The Partenopei have not had the season expected of them, sitting are in fifth and fighting to secure a spot in the top four, and Gattuso’s relationship with club president Aurelio De Laurentiis is reportedly strained.

Should Gattuso depart, it could cause problems for Bakayoko and it is perhaps telling that his brother and agent said no talks have taken place and none are in the pipeline.

Bakayoko has a further 18 months remaining on the five-year deal he signed at Chelsea in 2017.

He has had little chance to impress at Stamford Bridge, but the club are now under the guidance of a new manager in the shape of Thomas Tuchel and there is an outside chance the German could bring the midfielder back into the fold during pre-season.

The most likely scenario is Bakayokoheads out of Chelsea again next season, with the Blues set to press for a permanent departure given he would be in the final year of his contract.