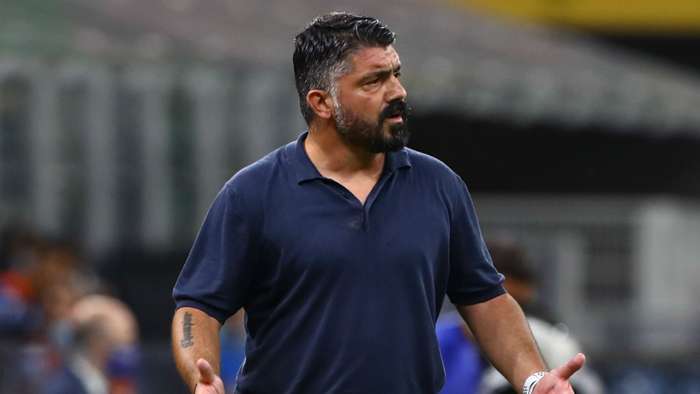 Sarri was sacked after just a single season in the job, after leading the Serie A champions to defeat to Lyon in their Champions League last-16 tie the previous evening.

The former midfielder – who won four Serie A titles, one Coppa Italia and twoSupercoppa Italiana during a four-year spell with Juve – has signed a two-year deal, and he is now gearing up for his first-ever coaching job at one of the world's biggest clubs.

And Gattuso, who played alongside Pirlo at Milan and for Italy, provided an honest assessment of the job's difficulties forhis former team-mate.

"He's lucky to be starting at Juventus, but this profession is one where a great playing career is not enough.

"You have to study, to work hard, and you don'tget much sleep."

Gattuso's first job in coaching came at FC Sion, with the 42-year-old then having spells at Palermo,OFI Crete and Pisa before he took charge of Milan's youth team in 2017.

He was promoted to first-team head coach followingVincenzo Montella's sacking later that year, though he was dismissed at the end of the 2018-19 campaign after a fifth-placed finish, going on to replace Carlo Ancelotti at Napoli, who he guided to the Coppa Italia title this term.

"Being a player and being a coach is really not the same thing at all," Gattuso added.