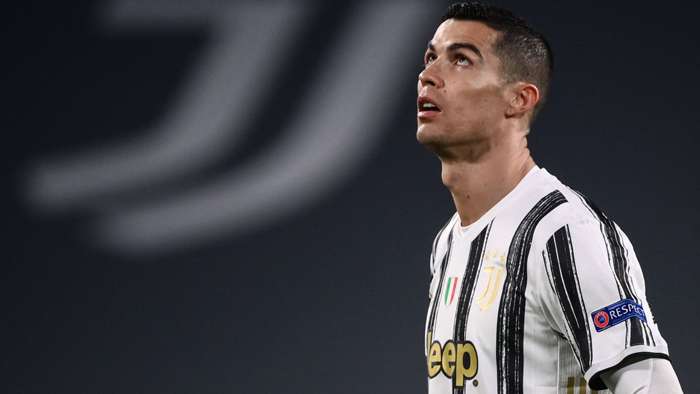 Cristiano Ronaldo’s surprisingly poor record when it comes to scoring free kicks has been put down to “bad luck” by Carlo Pinsoglio, with Juventus’ back-up goalkeeper eager to point out that the Portuguese superstar “scores them all the time” in training.

The five-time Ballon d’Or winner has stood over 72 set-pieces during his time with the Serie A title holders, but has found the back of the net with just one of those efforts.

Sporadic showings over a dead-ball have also been delivered in the colours of Manchester United, Real Madrid and Portugal, but Pinsoglio has been quick to defend a close friend from any criticism being aimed in his direction.

Juve’s third-choice keepertold Tuttosport of Ronaldo’s free kicks and his bond with the legendary 36-year-old: “Cristiano always takes free kicks in training and he scores them all the time.

“I dont know why he cant do it in games, maybe its just bad luck.

“I have a beautiful friendship with him, my team-mates make fun of me saying that Ill go to the Euros with the Portugal staff and Cristiano.

“Ronaldo is a simple guy, not a star, hes quiet, he likes to laugh and joke.”

A modern-day icon is likely to get many more opportunities to improve his free-kick record before the end of the season, with Juve looking to defend their domestic crown.

Questions are, however, being asked of how long Ronaldo will be sticking around in Italy as he is approaching the final 12 months of his contract and has seen a return to Madrid mooted.

Quizzed on Ronaldo’s future, Pinsoglio said: “I don’t know, but I hope so because he has a great impact.

“He has one year left on his contract. I hope and think he will stay. In theory, he will stay unless something strange happens.”

Ronaldo will be determined to end the current campaign with more silverware to his name regardless of what happens beyond that point.

Pinsoglio believes Juve can claim a 10th successive Serie A title despite currently sitting 10 points off the pace in third.

He added: “It’s a difficult moment for us, we must improve, but there’s too much negativity.

“I think about 2010. I was a youth player and we lost 4-1 against Fulham. The defeats against Sampdoria and Napoli prevented us from even finishing sixth.

“Many strong players were at the end of their careers and the new signings were disappointing. There was tension within the club.

“Now Juventus have the best player in the world, some very exciting young players, a strong club.”