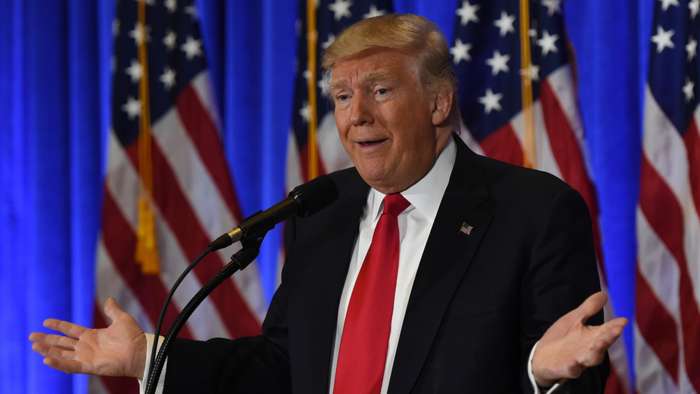 United States President Donald Trump brought a “lifelong Leeds United fan” into his latest attack on the media - which prompted a response from the Premier League club.

On Sunday, Trump took issue with Fox News for inviting Pete Buttigieg, the former mayor of South Bend, Indiana, onto their channel.

Buttigieg has been a vocal critic of Trump, and after seeing him on Fox News , the president tweeted : “This is why @FoxNews daytime and weekend daytime have lost their ratings. They are abysmal having @alfredenewman1 (Mayor Pete of Indiana’s most unsuccessful city, by far!) on more than Republicans. Many great alternatives are forming & exist. Try @OANN & @newsmax, among others!”

Trump has handed the moniker of Alfred E Neuman to Buttigieg due to his resemblance to the Mad Magazine cover star.

However, on this occasion Trump tagged a Leeds United fan who has a name similar, though not identical to, the Mad mascot.

Unsurprisingly for a man with nearly 90 million followers on the platform, Trump’s tweet proved extremely popular - and caught the eye of the Premier League side.

Using a gif of Trump pointing and smiling, the club’s official Twitter account posted : “He thought the election was bad, then he went after an #LUFC fan.”

Although not garnering as much attention as Trump’s initial tweet, the response from the club proved extremely popular amongst their own fans.

While not all of the responses could be referenced due to the use of some coarse language, one of the better ones came from Notsocheekytaylor who said : "How does Trump stay relevant in the presidency?.... Mentions Leeds.”

Leeds fan Alfred E. Newman tweets are protected and can only be viewed by his approved followers.

While Trump’s attention will remain on the election and the lawsuits he is intending to launch to challenge the election result, Leeds will shift their focus away frompolitics and on to a Premier League clash with Arsenal next Sunday.