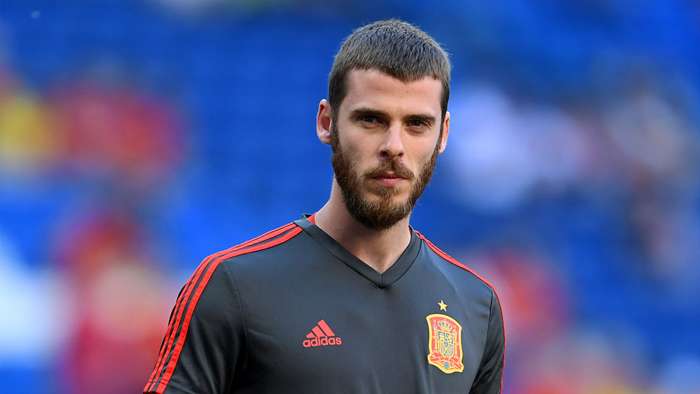 Spain manager Luis Enrique has stressed David de Gea deserves plenty ofpraise after playing a key role in his nation's 1-1 draw with Germany on Thursday in the UEFA Nations League.

While unable to prevent new Chelsea signing Timo Werner from opening the scoring in the 51st minute, De Gea made seven saves across the 90 minutes, ensuring Spain could grab a late equaliser via Jose Gaya.

De Gea has been subject to increasing criticism for his performances for both Manchester United and Spain in recent times, with Enrique adamant his good games should be getting just as much attention.

"When De Gea makes a mistake we always make a big deal out of it, so when he plays like this we should be hailing him," Enrique said post-match.

"It would be great to see him on the front page saying 'What a great keeper we have!' but since that won't happen I am saying it.

"Sadly it is his cross to bear, every time he makes a bit of a mistake it is on all the TV shows."

As De Gea impressed between the sticks, Barcelona youngster Ansu Fati made his debut for Spain as a substitute in the 45th minute at the age of just 17.

Enrique clearly likes what he sees in the teenager, while also singling out two lesser-known names for praise.

"Ansu has shown what we all already know him to be. He is special and different," Enrique added.

"Mikel Merino is getting better and better, one of the best midfielders in La Liga, and I love Oscar Rodriguez, he brings together many things."

In Enrique's first game back in charge of Spain, his side were statistically better,edging out Germany for both possession and total shots.