Horan removed from USWNT roster after testing positive for Covid-19 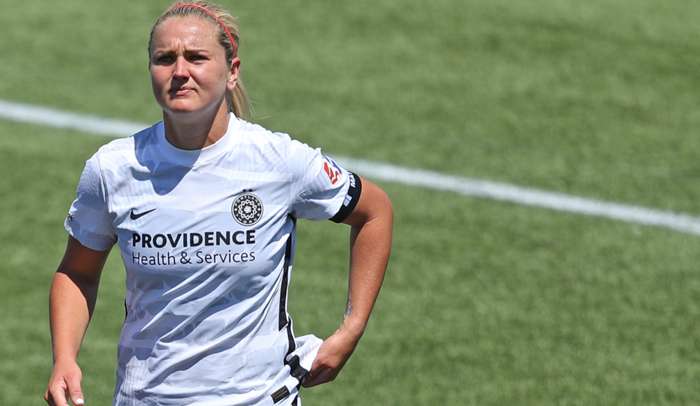 Lindsey Horan has tested positive for Covid-19 and has been removed from the U.S. women's national team roster for their upcoming friendly againtsthe Netherlands, U.S. Soccer announced on Wednesday.

"Her positive test came during the U.S. Soccer’s pre-trip testing procedures. No other players have tested positive at this time."

Florida Statemidfielder Jaelin Howell has been added to the USWNT roster as Horan's replacement.

Horan was included on the team's 23-player roster announced on Tuesdayfor their November 27 gameat Rat Verlegh Stadium in Breda,which will be the USWNT's first match since March.

The rematch of the 2019 World Cup final will also be the USWNT's first game abroad since they defeated the Dutch 2-0 in Lyon to clinch their second straight world championship in July 2019.

But Horan, whois the USWNT'sleading scorer so far this year with seven goals and three assists, won't be involved as the team's pre-travel protocols detected the virus in her system.

According to U.S. Soccer, "the U.S. delegation has received an exemption from quarantine provided to professional sports organizations," ahead of travelling to the Netherlands for a six-day camp.

"Everyone entering the environment will be tested for Covid-19 before traveling, upon arrival and every two days thereafter. The USA will not begin full team training until the results of all arrival tests are confirmed."

After she was called up for last month's training camp, Howell will now have the chance to earn her first senior cap with the USWNT.

The 20-year-old, along with teammate Sophia Smith, would become the first player born after the 1999 Women’s World Cup to earn a full national team cap should she feature against the Dutch.