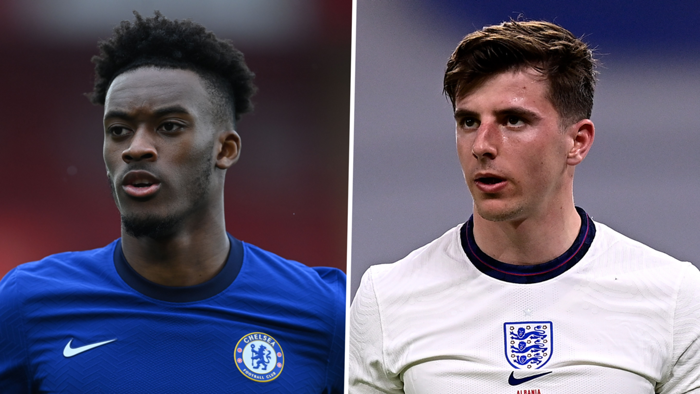 England Under-21manager Aidy Boothroyd has confirmed that Callum Hudson-Odoi has flown back to Chelsea for further treatment after suffering a shoulder injury.

The 20-year-old was hurt in a training session in Slovenia, while Manchester Uniteds Mason Greenwood is also out through injury.

Arsenals Emile Smith-Rowe is a doubt for the final group match against Croatia, where England need to win by two goals to go through to the knock-out rounds. They will also need Portugal to beat Switzerland after losing to both teams over the last week.

“We have one or two situations where I am waiting for the evidence from the medical team to make a decision,” Boothroyd said from Englands training camp in Slovenia.

“Callum is definitely out and has gone back to his club. With everyone else, we are keeping them in as they have a fighting chance to be ready. As for Emile, he will be very doubtful, I would say.

“We hoped we would have Mason and Callum, and theres a situation with Jude [Bellingham being with Englands senior squad] but I dont want to be a whinge-bag saying we have not got this player or that player. Those are the facts.

“We lose them through injury, James Justin being another one, but thats the way it is.”

Mason Mount was spotted out of the training group with Englands senior sidebut Gareth Southgate confirmed that he is ready to start against Poland on Wednesday.

“No, he didnt warm up with the team but he did the rest of the session with the team so he should be fine [to face Poland]. They are all available as far as we are concerned,” Southgate said at St Georges Park.

Christian Pulisic came back early from international duty to train on Tuesday, whileThiago Silva and Tammy Abraham were spotted in a group that featured academy players.

Edouard Mendy is also training with the club after missing international duty with Senegal due to a dental procedure being scheduled for the international break.

Italy left out Jorginho from their selection after he suffered a knock just before the World Cup qualifiers. It is unclear whether he will be fit to face West Brom on Saturday afternoon when the Blues players face their first test after the March internationals.