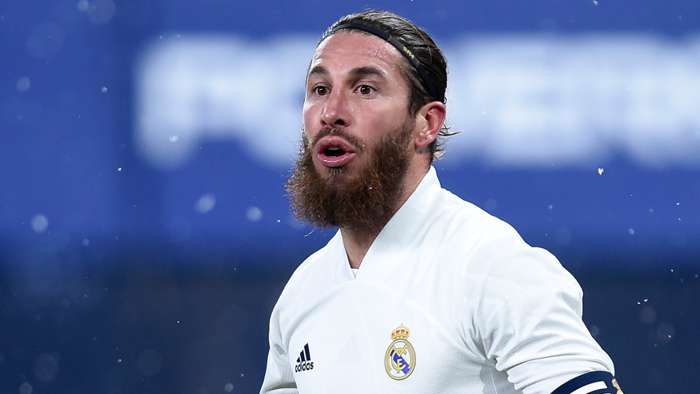 Sergio Ramos has undergone surgery on his left knee, Real Madrid have confirmed.

Spanish outlet COPE reported Madrid expect to be without their captain for six to seven weeks.

If that is the case, Ramos would miss both legs of his sideâ€™s Champions League last-16 tie with Atalanta. Madrid travel to Bergamo for the first leg on February 24, with the return fixture at the Santiago Bernabeu on March 16.

Zinedine Zidane would also be without his key defender for the Madrid derby at the Wanda Metropolitano on March 7, with his side looking to claw back a 10-point deficit to city rivals Atletico at the top of La Liga.

A seven-week absence would, however, see Ramos return in time for the next Clasico with Barcelona on April 11.

With Madrid so far off the pace in La Liga â€“ Atletico have a game in hand as well as their huge lead â€“ fans will no doubt be concerned that 2020-21 could prove an underwhelming end to the Ramos era at Madrid.

Speculation around the defenderâ€™s future has been mounting for some time -Ramos is out of contract at the end of the season and Madrid are open to the possibility of allowing him to leave for free.

While there have been rumours of a move to the Premier League, Paris Saint-Germain have been the club most strongly linked with a move.

New manager Mauricio Pochettino did little to quell speculation when asked about Ramos in January.

â€śPSG's strategy has been the same for years, ever since we signed Ronaldinho: to look at market opportunities and bring in those who can improve what we have,â€ť Pochettino told Marca.