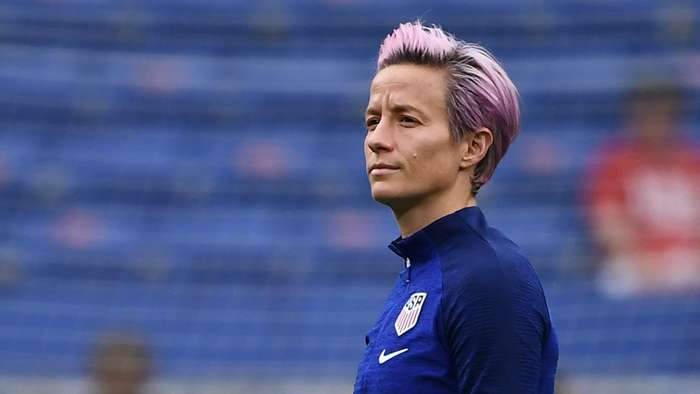 U.S. national team star Megan Rapinoehas admitted that she does not believe she deserved to be the top-ranked women's player in FIFA 21.

The 35-year-old had a banner 2019, winningThe Best FIFA Women’s Playerafter leading the U.S. to the 2019 World Cup title inFrance, a tournament at which shewon the Golden Boot and the Golden Ball.

Rapinoe, though, has not featured much since that tournament, making just six appearances for OL Reign while playing eight times for the USWNT as the coronavirus pandemic has limited her minutes.

She has also opted out of the two NWSL competitions in 2020, the Challenge Cup and the Fall Series, with her last club appearance coming backin October 2019.

The release of the FIFA 21 rankings led one Twitter user to declare: "There are a lot of women players who play better than Rapinoe. She gets a high rating because of the brand she carries. If this is done based on footballing ability she's not the best."

Surprisingly, Rapinoe responded to the user and even more surprisingly, she agreed — using the moment to call for more investment in the women's game.

"Yes! I agree," she said. "I am not the best (1 of them tho) this is another example of the underinvestment, resourcing, and attention paid to women’s football. We need more games on TV, bigger budgets, and fairer coverage by the media. #equality."

Yes! I agree ????. I am not the best (1 of them tho ????) this is another example of the underinvestment, resourcing, and attention paid to women’s football. We need more games on TV, bigger budgets, and fairer coverage by the media. #equality https://t.co/83A97bSzu2

France was next best on the list with three players includedin the top 15, lead by top-rated defender Wendie Renard, who was joined by midfielder Amandine Henry and forwardEugenie LeSommer.