'I can’t believe you want to leave a club after one training session!' - Man Utd flop Sanchez slammed for 'scary' mentality 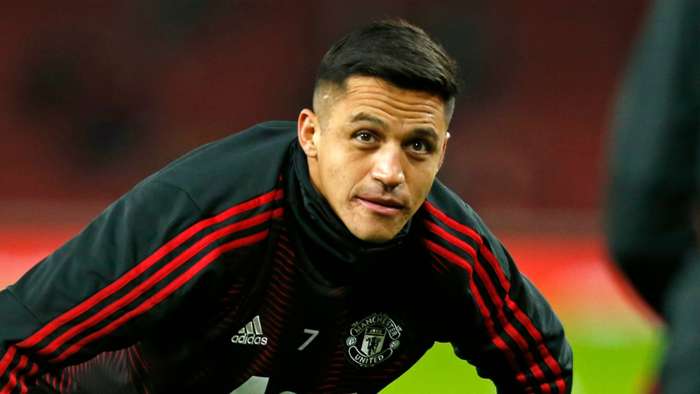 Ray Parlour has slammed Manchester United flop Alexis Sanchez for his "scary" mentality while calling him out for wanting to leave the club after his first training session.

Sanchez endured an ill-fated 18-month spell at United after deciding to leave Arsenal in January of 2018.

The Chile international only managed to score five goals in 45 appearances across all competitions for the Red Devils, amid question marks over his fitness levels and commitment to the club's cause.

Ole Gunnar Solskjaer ultimately deemed the winger surplus to requirements, and he was sent out on loan to Inter for the duration of the 2019-20 campaign.

Sanchez impressed Nerazzurri boss Antonio Conte enough to earn a permanent move to San Siro, where he is now contracted to remain for the next three years.

The 31-year-old opened up on his time in Manchester during an Instagram live video earlier this week, and admitted to immediately regretting his decision to leave Arsenal.

"After the first training session I realised many things, I came home and askedmy family and my manager if I could not break the contract and return to Arsenal, something did not fit me, but I had already signed," he said.

Former Gunners midfielder Parlour has issued an angry response to Sanchez's comments, insisting his mindset does not befit a professional footballer playing at the highest level.

The Arsenal legend also alluded to Manchester City's failed approach for the Chilean two years ago while trying to get his head around the attacker's lofty wage demands.

“How can you say, as a player, when you turn up to a club you want to leave the next day?

“That’s not right. That mentality should not be in a footballer.

“You should say, ‘it’s Manchester United, one of the biggest clubs in the world, and I’ve got to fight for my position and make sure I try to perform like I did at Arsenal’.

“It might be a different style of football, it might not suit him, but you’ve got to try and win the fans over, the players over – everybody over. And that is what he didn’t do.”

Parlour added on Sanchez's failure to apply himself at Old Trafford:“I can’t believe you want to leave a club after ONE training session. How does that work?!

“You’ve got to give yourself a chance; it’s new surroundings and a different way of training than at Arsenal.