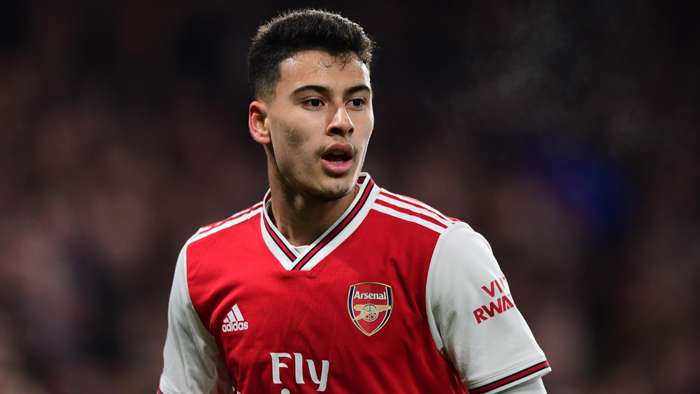 Arsenal attacker Gabriel Martinelli has admitted that the horror knee injury he suffered in June caused him a huge amount of pain both physically and emotionally.

After missing several months with the injury, Martinelli is now only finding his way back into competitive football.

“I was about to receive the ball and felt a little pain on my knee,” he told the Daily Mail. "Not enough for me to stop practising, but, while we were on the finishing session, I told them that I was in pain. They told me to rest and, if I felt the pain the next day, to let them know.

“When I woke up, I felt it but I was able to walk. I thought it was nothing at first, but it was a pain I'd never felt before. I went to the club for the examinations and they said it was not good and I would need surgery. It broke me. I cried a lot.”

Martinelli, who joined the Gunners from Ituano in 2019 and has scored 10 goals in 30 outings for the club, revealed the manager Mikel Arteta was a great support to him.

“Mikel talked to me during my recovery,” he said. “Always calling me to know how I was, even when I returned to Brazil for a time in August. When the club needed me, he talked to me again, asking if I was feeling ready to play.

“I saidyes. I still feel a bit of pain in the knee, but the doctors say that it is fine. I've not been able to play 90 minutes yet, but it also needs time. My focus is on getting better and helping Arsenal.”

And Martinelli is now back in the fold, having made substitute appearances against Everton, Chelsea and Brighton since December 19.